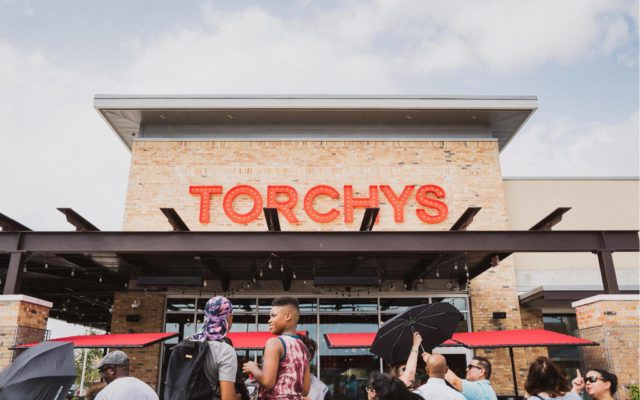 Does the sight of your ex’s sweater make you want to set it on fire? Now you have an excuse to do it. Torchy’s Tacos is throwing a “Salty Singles” Valentine’s Day party where those who need closure can burn their ex-partner’s clothes along with their sorrow.

The event will take place in Austin, Texas on February 12th, two days before the holiday devoted to love. Attendees are encouraged to bring along their ex’s clothing for Torchy’s cathartic bonfire. The chain said it will be sure to dispose of the clothes in a “safe manner.”

“Guests can join the fun and use the event to get over that old ex and celebrate everybody’s true love: tacos,” a company spokesperson told CBS News.

To reward those with the courage to let go of the past, Torchy’s will give participants a “Taco Love” shirt — “…because let’s be honest, tacos won’t break your heart,” the company wrote in a press release.

The restaurant chain, which has locations in Texas, Oklahoma, Louisiana, Arkansas and Colorado, is no stranger to eye-catching promotions. In January, it gave a year’s worth of free tacos to the family of the first baby born in Austin in 2020. And during the South By Southwest festival in March 2019, Torchy’s dropped bags of tacos with little parachutes down to onlookers below.

Torchy’s Tacos is not the only fast food chain to offer a Valentine’s Day promotion for singles. Burger King announced it will give people a free Whooper on February 14th if they bring in a picture of their ex.