Trey Ware: The Only Voice You Have Left 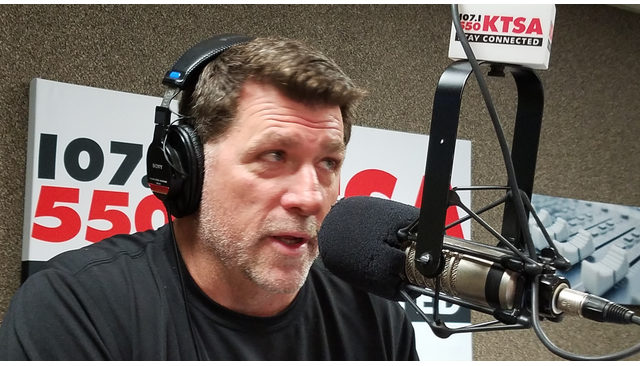 The night Mayor Nirenberg and this City Council were elected, Julian Castro shouted into a microphone, “We are here to prove this is NOT a right wing talk radio city!!!”

It was an answer to a question no one was asking, but it was very telling.

You see, from the beginning this Council has had an “agenda” made in the image of Castro, Hardberger, and Sculley.

The “agenda” calls for a “re-imagining” of San Antonio into a liberal bastion the likes of which would make San Francisco and Austin very proud.

And San Frantonio was born.

The “agenda” became the Council’s god. They would push it through come hell, high-water, or wind storm.

And we have had all that and more.

Only those who agreed with the “agenda” would be listened to, hence, process has been all but completely eliminated – unless it aids the implementation of the “agenda.”

A statue was taken down in the middle of the night with heavy police presence to avoid input from those opposed. It is hidden away somewhere, and officials will not tell anyone where it is.

In a secret closed-door meeting which led some to claim a violation of the Texas Open Meetings Act had occurred, the Council refused San Antonio the opportunity to host the 2020 RNC National Convention. This act of pure partisan politics cost San Antonio millions of dollars, and a spot on the international stage.

Without a vote of the people, the Council voted to “remake” the Alamo to reflect our true “heritage,” (whatever that means). The tomb of those who fought and died for liberty there will be uprooted and moved out of the way.

And, numerous excuses and untruths have been concocted as reasons why the Council voted to lock Chick-fil-A out of the airport contract. Just last week when prominent pastors and citizen-leaders appeared at City Council’s weekly meeting to voice their opinion on the matter, they were denied their right to address their government.

The “agenda” rules, and you will be heard – as long as you agree.

Early voting begins today, and ALL members of the Council, including the Mayor, are up for re-election.

With the exception of two members, this Council has refused to hear from you. The “agenda” is all that matters to them. Now, you have a chance to make your voice heard in a way they can’t deny. The Council can turn their backs on you and ignore your words, but they cannot ignore your vote.

Let your voice be heard through the power of your vote. Apparently, it’s the only voice you have left.