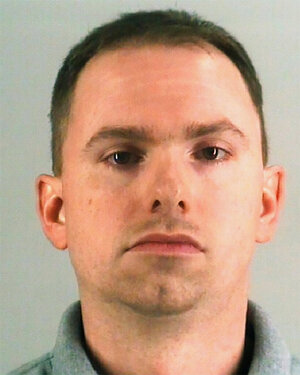 FORT WORTH, Texas (AP) — A white former police officer is set to go on trial Monday for fatally shooting a Black woman through a rear window of her Texas home while responding to a call about an open front door in a case that has faced years of delays.

Fort Worth Officer Aaron Dean quit and was charged with murder two days after killing 28-year-old Atatiana Jefferson in October 2019. Jefferson had been playing video games with her then-8-year-old nephew, who later told authorities his aunt pulled out a gun after hearing suspicious noises behind the house. Body-camera footage showed Dean didn’t identify himself as police.

At the time, the case was unusual for the relative speed with which, amid public outrage, the Fort Worth Police Department released the body-camera video and arrested Dean. Since then, his case has been repeatedly postponed amid lawyerly wrangling, the terminal illness of his lead attorney and the COVID-19 pandemic.

By contrast, former Minneapolis police officer Derek Chauvin went on trial and was convicted of murdering George Floyd more than 1 1/2 years ago. Yet Floyd was killed some seven months after Jefferson, in a case that sparked global protests over racial injustice.

Dean, who has pleaded not guilty, has been free on $200,000 bond. Now 38, he is charged with killing Jefferson on Oct. 12, 2019, after a neighbor called a non-emergency police line to report that the front door to Jefferson’s home was open.

Bodycam video showed Dean approaching the door of the home where Jefferson was caring for her nephew. He then walked around the side of the house, pushed through a gate into the fenced-off backyard and fired through the glass a split-second after shouting at Jefferson, who was inside, to show her hands.

Dean was not heard identifying himself as police on the video and it’s unclear whether he knew Jefferson was armed. That question and the potential testimony of another officer who was there that night are likely to be key points at trial.

Jefferson was considering a career in medicine and moved into her mother’s home months before the shooting there to help as the older woman’s health declined.

Her killing shattered trust police had been trying to build with communities of color in Fort Worth, a city of 935,000 about 30 miles (50 kilometers) west of Dallas that has long had complaints of racially unequal policing and excessive force.

The shooting drew swift rebuke from the city’s then-police chief and Republican mayor, who at the time called the circumstances “truly unthinkable” and said Jefferson having a gun was “irrelevant.”

Dean’s legal team used those comments in unsuccessful attempts to move the case from Fort Worth, claiming media attention and statements from public officials would bias the jury pool.

As jury selection was set to start last week, Dean’s defense attorney, Jim Lane, died. After years of delays, District Judge George Gallagher moved forward anyway and, following days of questioning potential jurors, a panel of 12 jurors and two alternates was selected Friday. Eight were men, six women and none of them appeared to be Black.

The opening day of Dean’s trial is set to end early so participants can attend Lane’s funeral.