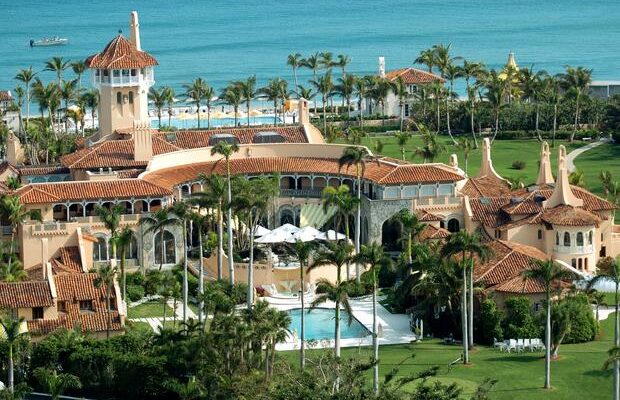 Washington — Donald Trump’s attorneys agreed to the public release of the search warrant authorizing the FBI’s seizure of documents from his Florida home, according to court papers filed Friday. A federal magistrate judge in Florida is now poised to authorize the release.

Trump’s consent to the disclosure follows Attorney General Merrick Garland’s announcement Thursday that the Justice Department had filed a motion to push for the documents’ unsealing after the former president publicly confirmed the search of his Mar-a-Lago resort earlier this week.

On Monday, the FBI seized boxes and documents, but no electronics, sources confirmed.

Trump himself said late Thursday in a statement that he encouraged the warrant’s release. On Friday, he posted on Truth Social that the documents were “all declassified” and the FBI “didn’t need to ‘seize anything.'”

“They could have had it anytime they wanted without playing politics and breaking into Mar-a-Lago. It was in secured storage, with an additional lock put on as per their request,” Trump posted on Truth Social.

The FBI’s search of Trump’s property on Monday was connected to a federal probe into Trump’s handling of presidential records. In January, the National Archives and Records Administration said it retrieved 15 boxes of presidential records, some of which contained classified national security material, from Mar-a-Lago, and asked the Justice Department to investigate.

A federal grand jury issued a subpoena related to the investigation in the spring, according to sources familiar with the matter, and Trump attorneys met at Mar-a-Lago with Justice Department officials later in June. The online news outlet Just the News first reported the existence of the subpoena.

Garland said Thursday that the investigation and subsequent search of Trump’s property were not taken “lightly” and that Garland himself approved the decision to seek court authorization for the search warrant.

The warrant was then authorized by a judge in South Florida “upon the required finding of probable cause,” according to Garland, and copies of the warrant and a list of property seized by the FB were provided to Trump’s attorneys.

Investigators on Monday did not provide Trump’s legal team with the underlying affidavit for the search warrant, according to two sources familiar with Trump’s legal strategy. And before executing the warrant, the FBI requested private security cameras at Mar-a-Lago be shut off, but Trump’s representatives refused to comply, the sources said.

The Justice Department’s decision later to ask the court to make the warrant public was made “in light of the former president’s public confirmation of the search, the surrounding circumstances and the substantial interest in this matter,” the attorney general also explained

The New York Times and Times Union of Albany, New York, along with the conservative organization Judicial Watch, filed separate requests with the court on Wednesday to obtain access to all documents — including any underlying affidavits — related to the search warrant. CBS News on Thursday requested to join the Times’ effort to make the search warrant and other related materials public and was granted court approval on Friday to be a part of the effort.

The exact contents of the 15 boxes that the FBI seized in January and those taken in Monday’s search of Mar-a-Lago are not publicly known, and the underlying affidavits, which usually contain more information, will not released with the warrant.