Trump to Paxton: Good luck in your next election 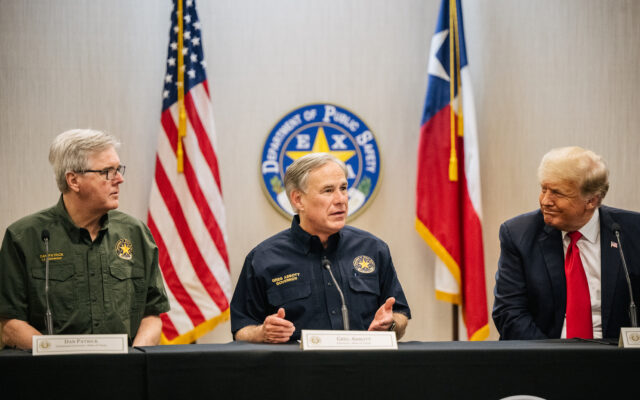 “It was an honor to endorse you, [the] highest and best endorsement,” Trump said. “I did notice your poll numbers are through the roof and I’m very happy and great job.”

“Good luck Ken,” Trump said. “I know you have a little race coming up … and I’ll be making an endorsement of somebody in the near future.”

Trump addressed Lieutenant Governor Dan Patrick as a friend and said he spoke with him about border security at least once a week during his presidency.

Later on at the border, Trump asked if Patrick was open to considering a new career path.

“An incredible Lt. Gov., who is my friend, what a job you did!” Trump said. “Are you going to be my campaign manager if I do this again? You think I should do it again? May we don’t have to … maybe we’ll win it three times.”