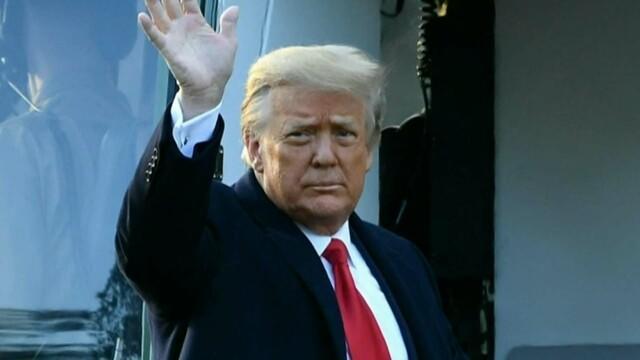 Trump’s latest exploration of a political comeback and a potential summer announcement of another presidential campaign was first reported by The New York Times.

Even as Trump moves closer to a 2024 run, his deliberations remain fluid. No final decision has been made on whether to run and, if so, when to launch such a bid, according to three people close to Trump who requested anonymity in order to share details on private conversations. Spokespeople for Trump did not immediately respond to a request for comment on Sunday.

Still, Republican allies of Trump and former White House and campaign aides tell CBS News that they believe an early entry for another White House bid for Trump is a possibility. The former president left his home at Mar-a-Lago in Florida last month for his seasonal move to his residence in Bedminster, New Jersey.

Several people who have spoken to Trump recently tell CBS News that Trump and his small group of top advisers are now mapping out various ways for Trump to announce a 2024 campaign, be it this summer or after this year’s midterm elections. Traditionally, major party presidential candidates wait until well after the fall elections before jumping into presidential campaign mode. An early Trump launch, before the November elections, could upend campaigning strategies for both parties.

Many Republicans had planned this year to focus on economic issues, particularly the high inflation that is exerting financial pressure on families nationwide. An early entry by Trump into the presidential race could prompt some candidates to focus instead on false claims of election fraud during the 2020 election, which has been a constant drumbeat for the former president since he lost the 2020 election to Joe Biden. Some Republican operatives also worry a pre-midterm entry would help Democrats frame the 2022 cycle into a referendum on Trump.

But some Trump associates remain skeptical that the former president will formally announce his candidacy in the coming months. One former senior campaign official said he would only believe it was happening if Trump descended the escalator at Trump Tower in New York again, recalling the launch of his 2016 presidential campaign.

Others close to Trump say that his anger toward the televised House Jan. 6 committee hearings is fueling his motivation to run again, and potentially to announce soon. Some people close to Trump said he feels he is not being defended well by Republicans and believes he alone is best positioned to defend himself.

During an interview with Newsmax last week, Trump was asked how much of the Jan. 6 committee proceedings were about “preventing you from running again in 2024?”

“I think a lot of it is,” Trump responded. “I am leading in all the polls — against Republicans and Democrats. I am leading in the Republican polls in numbers that no one has ever even seen before. And against Biden, and anyone else they run, I am leading against them.”

“At the right time, I will be saying what I want to do,” Trump said of a potential 2024 announcement.

At rallies throughout this midterm cycle, Trump has, at times, gone beyond flirting with another run for the White House.