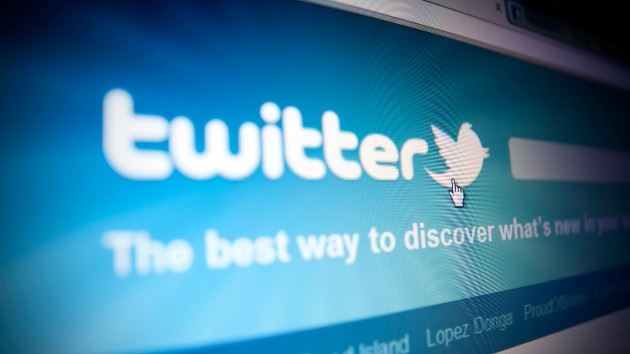 (NEW YORK) — Donald Trump is arguably the Twitter president — having relied on his digital megaphone as a candidate and while in office to communicate unfettered (or fact-checked) with millions of supporters, unlike any past commander-in-chief.

His frequent communications on the channels, sometimes dozens a day on his personal Twitter feed “@realdonaldtrump,” were considered official communications of the presidency.

So when Facebook and Twitter permanently suspended his accounts Friday in the wake of the Capitol siege over concerns that his posts were inciting violence, the president and his allies appeared incensed.

Many on the right — even those critical of Trump’s rhetoric — renewed their attacks on “big tech,” accusing companies of censoring conservatives and echoing Donald Trump, Jr.’s tweeted sentiment that “free-speech no longer exists in America.

Trump, who along with other conservatives, has long railed against the social media giants for allegedly being biased against conservatives, blasted Twitter in a statement released by the White House Friday. He said the company has “gone further and further in banning free speech” and suspended his account in an effort to “silence” him.

Trump’s tweets had been repeatedly flagged around the election for providing misleading information, another controversial move by social media companies seeking to bolster their fact-checking operations amid a torrent of disinformation.

So is this a matter of free speech or something else?

Erwin Chemerinsky, a constitutional law professor and Dean of Berkley Law, said the First Amendment does not apply to the issue of suspending Trump’s accounts because it is meant to protect people from being silenced by the government.

“A private company, no matter how large, does not have to comply with the First Amendment. Facebook and Twitter can suspend who they want and there is no First Amendment issue,” he told ABC News.

Katie Fallow, a senior staff attorney at Columbia University’s Knight First Amendment Institute, said that although there “would be no First Amendment claim against Twitter for banning President Trump,” the issue of freedom of speech does factor into the debate in several ways.

The debate over big tech’s increasingly powerful role in public discourse has been debated and criticized by both the left and the right, with both sides arguing that platforms like Twitter and Facebook have too much power to shape debates and censor speech in an increasingly digital world.

Various civil rights groups, including the NAACP, have criticized Twitter and Facebook for allowing the president’s conspiracy theories and false claims to go unchecked for years.

Arisha Hatch, vice president of the progressive advocacy nonprofit Color of Change, applauded Twitter’s decision to ban Trump, but told ABC News on Monday that it was long overdue and showed that Trump was treated “in more privileged ways.”

Meanwhile, the American Civil Liberties Union, which had been critical of Trump’s rhetoric on social media, sounded the alarm after he was banned by Twitter, saying that while “we understand the desire to permanently” suspend him, “the unchecked power” companies like Facebook and Twitter have “should concern everyone.”

Trump and other prominent figures can turn to press teams or media outlets to communicate with the public, ACLU senior legislative counsel Kate Ruane said, but “many Black, Brown and LGBTQ activists who have been censored” do not have that “luxury.”

Hatch echoed these concerns and said that while suspending Trump was the right call, “big tech companies have way too much power” and “should be subject to deeper government regulation.”

How social media companies are protected under federal law

According to Fallow, the Trump presidency has posed new questions and challenges for social media platforms, free speech advocates and lawmakers, who are trying to navigate an “unprecedented” environment.

“Some people have called for (applying) antitrust law to the social media platforms on the idea that there’s essentially a monopoly on the speech environment, but those are untested legal waters,” she said.

Antitrust laws apply to other big companies and in a new world dominated by social media, lawmakers on both sides have argued that anti-trust laws need to be overhauled to rein in big tech.

Top Democratic congressional lawmakers released a report in October about the dominance of Amazon, Apple, Facebook, and Google, stating, “To put it simply, companies that once were scrappy, underdog startups that challenged the status quo have become the kinds of monopolies we last saw in the era of oil barons and railroad tycoons.”

Meanwhile, social media companies are protected under federal law by Section 230 — a provision of the 1996 Communications and Decency Act, which shields platforms from being held liable in court for the speech of users, unlike traditional media companies

Trump and many of his allies have called for a repeal of Section 230 to curb the power of social media companies, but Fallow points out that a repeal would “ironically” hurt their own cause, especially if Trump does follow through by starting his own social media platform.

For instance, with Section 230 in place, Trump-friendly platforms like Parler — which is increasingly being used by Trump and his supporters after the president was suspended from Twitter — are shielded from liability over the speech of its users so they don’t have to regulate it.

Parler, a conservative-friendly social network that has also been increasingly used by far-right and white nationalist individuals, was booted by various platforms, including Google, Amazon and Apple over concerns that users are inciting further violence following the siege on the U.S. Capitol and that Parler was not policing the content.

According to experts, platforms like Parler helped create echo chambers for violence and extremist views and also provided a platform for some of the coordination of last week’s attack.

But social media companies also have legal grounds for making a First Amendment argument in defense of their policies, including the decision to suspend Trump’s account — or anyone else’s.

Private businesses, including tech companies, have a First Amendment and property right to determine who and what type of speech they host on their platforms — a view that has been upheld by the Supreme Court, Fallows said, particularly by conservative judges who ruled in favor of the businesses.

But the same protection did not apply to Trump’s own Twitter account when he blocked several users because it was considered a public political forum to which First Amendment protections applied.

The president lost a legal battle when the Supreme Court ruled in July 2019 that it was unconstitutional for him to block critics on social media.

“The Court recognized that when a public official uses a social media account to host speech … it functions as a kind of public forum,” Fallow, one of the lead attorneys in the case challenging Trump, said. “When he blocked people from his account, it means they could no longer reply to him, and they could no longer participate in the discussion.”