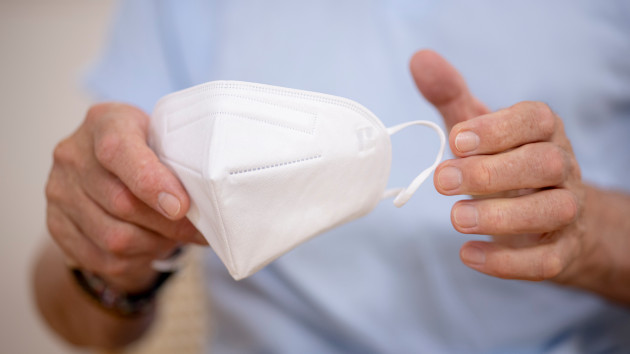 ▶ Watch Video: COVID protocols are being dropped throughout the country as cases decline

Passengers on public transportation will have to continue wearing masks at least until April 18. The Transportation Security Administration extended Thursday its security directive for mask use, which had been set to expire on March 18.

The extension comes at the recommendation of the Centers for Disease Control and Prevention, according to an administration official, which will help government agencies with a framework to revise their policies regarding mask requirements on public transportation and in transportation hubs.

The revised framework “will be based on the COVID-19 community levels, risk of new variants, national data, and the latest science,” the official said.

Hawaii, the only state to implement a quarantine requirement for travelers from other states, is set to lift that restriction on March 26. It became the last state to roll back its indoor mask requirements, which expire March 25.

The CDC had first mandated masks on public transportation and in transportation hubs in early 2021, after President Biden signed an executive order that mandated travelers wear masks in airports and on commercial aircraft, trains, public boats including ferries and inter-city buses.

The TSA had extended its mask mandate in August and then again in January, even as airlines reported an uptick in unruly passenger incidents, many of which related to mask-wearing. Of the 814 incidents reported in 2022 as of March 7, 535 of them involved masks, according to Federal Aviation Administration data. Last year, FAA received more than 5,500 reports of unruly behavior, 4,290 of which were related to masks.

Sara Cook contributed to this report.