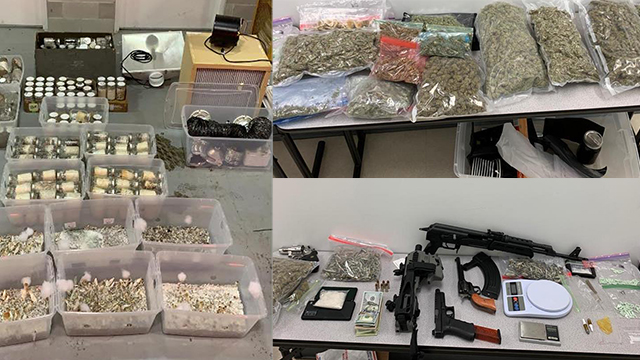 The Guadalupe County Sheriff’s Office said its narcotics unit conducted an operation in the 900 block of FM 3009 in Schertz which led them to seize drugs and guns, and arrest 24-year-old Gage Sandor of Schertz and 27-year-old Connor Ross of Canyon Lake.

The sheriff’s office said the investigation then moved to a house on Crimson Cove Drive in Schertz where more drugs were found, as well as a psilocybin mushroom production operation.  Sections of the house were dedicated solely to producing narcotics.