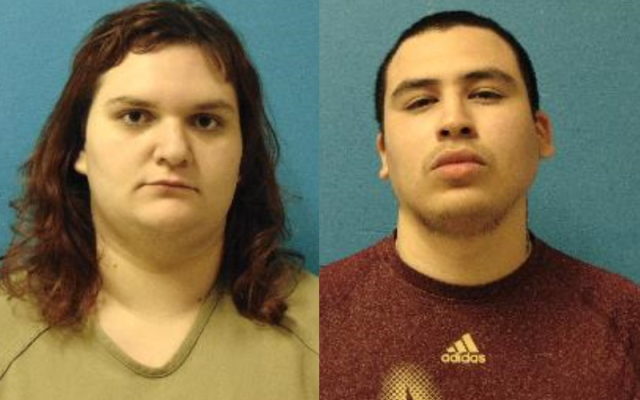 The Guadalupe County Sheriff’s Office said a deputy was patrolling on State Highway 123 at around 3:35 a.m. and noticed a suspicious vehicle in a private lane behind the Texaco on the highway at Ridge Drive.

A woman, 19-year-old Felicia Rangel, was found inside along with some burglary tools on the floorboard of the vehicle.

More deputies got to the scene and they found a broken window in the back of the business.

While that scene was being worked, a call came in about a suspicious person walking along State Highway 123 just south of the scene.

Deputies found the man, 20-year-old Dominick Torres, and were able to determine he and Rangel knew each other.

The sheriff’s office said the pair had been actively breaking into the business when they were interrupted by the patrolling deputy.

Both Rangel and Torres were arrested and charged with Burglary of a Building and Unlawful Use of Criminal Instrument.