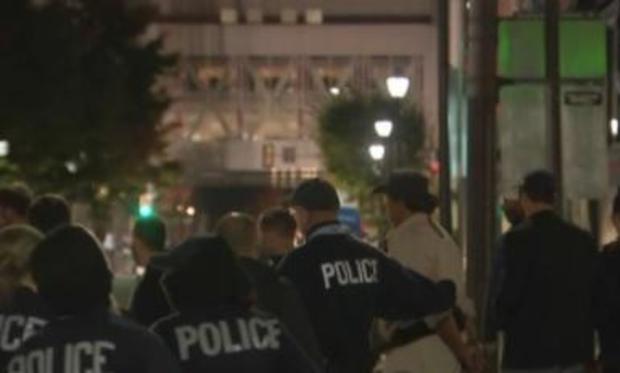 ▶ Watch Video: Why Pennsylvania is so crucial to outcome of 2020 presidential election
Two men who were found outside the Pennsylvania Convention Center are being held after Philadelphia police were notified of the threat of an attack, CBS Philly reports. Votes are being counted inside the center.

Police say they were alerted to the threat around 10 p.m. Thursday.

According to police, the threat involved a group of individuals from out of state driving in a silver Hummer.

Police say the two men are being held as the investigation continues. There was no word on whether any weapons were in the vehicle, which was being held and searched.

The Philadelphia Inquirer had more details:

CBS Philly cameras captured one of the men being placed in handcuffs:

Workers continue to count votes inside of the convention center amid legal challenges and lawsuits from President Trump’s team.