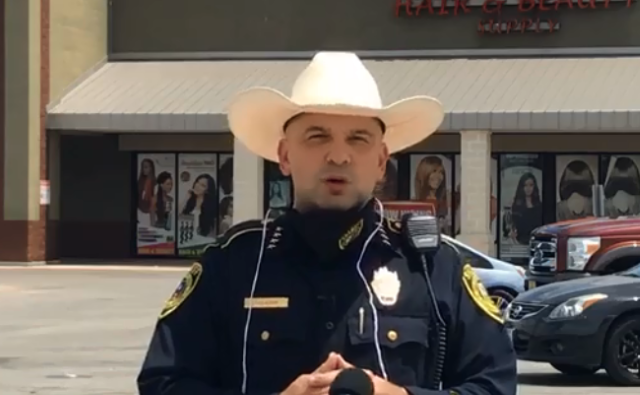 BEXAR COUNTY, Tex. (KTSA News) — A planned fistfight over a woman turned into a shooting in a field near Converse Wednesday afternoon.

Bexar County Sheriff Javier Salazar said a man in his late teens or early 20s planned to meet another man of similar age in a field near the Gold’s Gym on FM 78 at Walzem Road near Converse for a fistfight.

“Unfortunately for the victim, and unbeknownst to the victim, that other combatant brought some friends and a gun to the fight,” the sheriff explained.

The fight got started at around 1 p.m., but the victim had a bad feeling about the situation.  He ran to his car and drove off.

The group chased him on foot as he drove away.  Salazar believes the other combatant is the one who pulled out a gun and shot at least five times at the car as it drove away.  The shooter missed the car and no injuries were reported.

The sheriff said several people have been detained so far as deputies continue their investigation.  He said they had guns, but investigators do not believe they are the shooter who they think is still on the loose.

The reason for the fight?

“My understanding is that the disagreement was over a woman,” Salazar stated.

If you have any information that can help the investigation, you are asked to contact the Bexar County Sheriff’s Office at 210-335-6000.

The sheriff’s office has had an increased presence in that part of the county because of an increase in daytime shootings in the area.