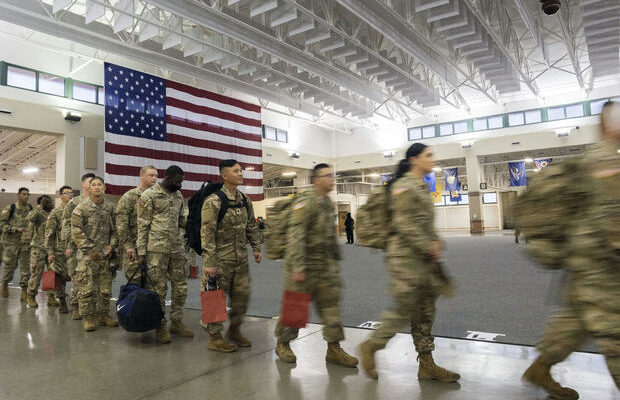 The Army is forecasted to fall short of its recruiting and retention goals over the next two years by tens of thousands of troops, top Army leaders warned in a memo released Wednesday.

Army Secretary Christine Wormuth and chief of staff of the Army Gen. James McConville wrote the Army will end the fiscal year with 466,400 soldiers, close to 20,000 fewer than the budgeted target, and could further decrease to between 445,000-452,000 by the end of the 2023 fiscal year. .

The memo from Wormuth and McConville cited the post-COVID labor market, competition with the private sector, and a declining number of young people who are qualified and want to serve.

In a hearing on Capitol Hill Tuesday, Vice Chief of Staff of the Army Gen. Joseph Martin said that recruiting “motivated, fit and academically proficient” young men and women is a challenge.

“Only 23% of military-age men and women in the United States are qualified to serve and that does not even reflect propensity,” Martin told lawmakers.

The memo titled “A Call to Service to Overcome Recruiting and Retention Challenges” outlined ways the Army will try to intensify its recruiting efforts.

The initiatives include raising enlistment bonuses to up to $50,000, providing $35,000 bonuses to recruits willing to ship within 45 days, and expanding station of choice options.

“We are pursuing every approach to recruit talent including, modifying our marketing strategy, providing bonuses, and considering soldier location preferences through our options programs, and we’re also working addressing fitness and training needs within the recruiting pool,” Martin said Tuesday.

Earlier this summer, the Army removed its high school and GED requirement only to walk that decision back and reinstate the requirement a week later.

Asked on Tuesday if the Army will have to make structural changes because of recruiting problems, Martin said the Army doesn’t have to do that immediately, but if the numbers don’t stop declining then that could be a possibility in the future.