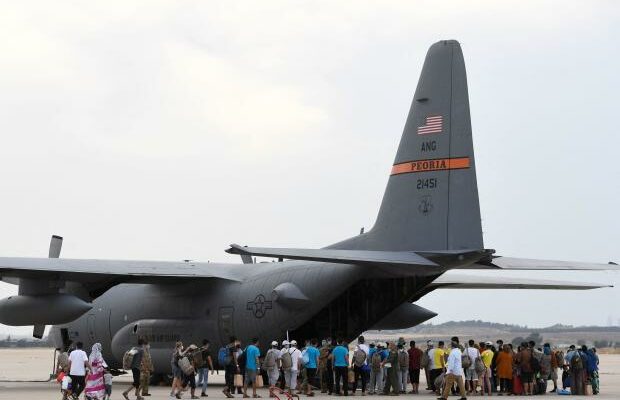 ▶ Watch Video: Veterans who served in Afghanistan share their thoughts on withdrawal conflict
Washington — The United States has evacuated roughly 82,300 people on U.S. military and coalition flights from Kabul since August 14, the White House said Wednesday, as the Biden administration warns of growing risk to American and allied forces on the ground in Afghanistan with each day that passes.

The administration has ramped up the pace of evacuations of U.S. citizens and at-risk Afghans from Kabul in recent days, with roughly 19,000 people airlifted from the main airport in the capital over a 24-hour period beginning early Tuesday morning.

It’s unclear how many of those on board the flights are U.S. citizens, but Pentagon press secretary John Kirby said Tuesday that roughly 4,000 American passport holders and their families have been evacuated. The Defense Department expects that number to rise in the coming days, he said.

Since the end of July, 87,900 people have been relocated from Afghanistan on U.S. military and coalition flights, the White House said.

The mission in Afghanistan is set to end on August 31, and President Biden said Tuesday the U.S. is “on pace” to meet his deadline for withdrawing all remaining U.S. forces from the country, which will bring an end to the two-decade war there.

In remarks from the White House, the president warned that American and allied troops, as well as civilians, face added risk with each day of operations, but noted that completion of airlifts out of Kabul by August 31 depends on cooperation from the Taliban and access to the airport.

“The longer we stay, starting with the acute and growing risk of an attack by a terrorist group known as ISIS-K, an ISIS affiliate in Afghanistan — which is the sworn enemy of the Taliban as well — every day we’re on the ground is another day we know that ISIS-K is seeking to target the airport and attack both U.S. and allied forces and innocent civilians,” Mr. Biden said.

In the event evacuations are not finished in the next six days, the president said he has asked the Pentagon and State Department for “contingency plans to adjust the timetable.”

The Taliban has said the U.S. must complete its withdrawal by August 31 and will not allow extensions to the deadline.