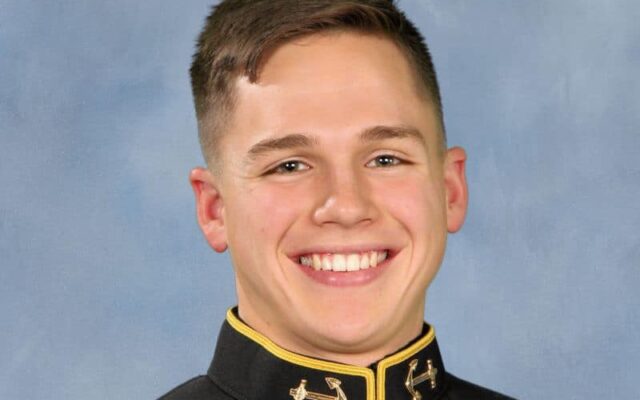 SAN ANTONIO (KTSA News) — The U.S Naval Academy is announcing the death of a 21 year old Midshipman from New Braunfels.

He was taking part in a semester abroad program at the Arturo Prat Naval Academy.

Bird was hiking with a fellow student near the Salto El Agua waterfall when he lost his footing and fell over the waterfall.

His body was recovered in a lagoon the next day by Chilean authorities.

Bird was a graduate of New Braunfels High School where he was active in student government. In his junior and senior years he was captain of the school’s wrestling team.

“We are incredibly saddened by the tragic loss of Midshipman Luke Bird this weekend. I encourage all of our Naval Academy family to offer support to one another as we navigate the grieving process.”

At the academy, Bird was a member of the 20th and 2nd Companies. He was an ocean engineering major, an active member of the Semper Fi Society and competed as an intramural sports athlete.