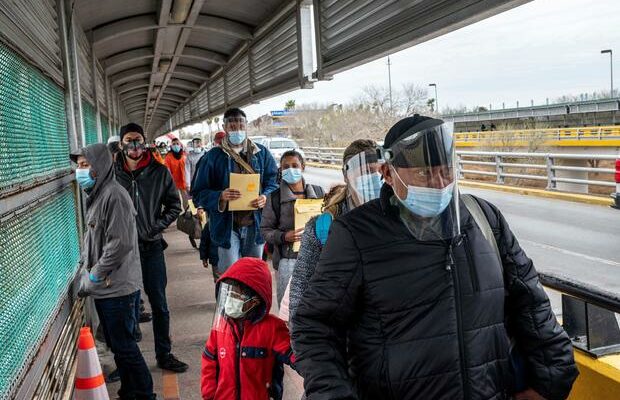 The Biden administration this week revoked Trump-era rules that allowed U.S. authorities to limit the number of asylum-seekers who can be processed at official border crossings.

Through a memo on Monday, Troy Miller, the interim head of U.S. Customs and Border Protection (CBP), rescinded several guidelines issued during the Trump administration that upheld the so-called “metering” practice at land ports of entry.

Using metering, U.S. officials would restrict the number of migrants who could legally ask for humanitarian protection at ports of entry. The practice began under President Barack Obama and was expanded by the Trump administration, prompting thousands of asylum-seekers to wait in northern Mexico until their numbers came up on ad hoc lists.

“This Administration has outlined a comprehensive strategy to expand safe, orderly, and humane pathways for migration, including for noncitizens who may be seeking protection to access the United States,” Miller, the acting CBP commissioner, wrote. “This guidance is issued in furtherance of that strategy and is effective immediately.”

Biden administration officials have often touted plans to create a system that encourages migrants fleeing persecution to seek asylum at ports of entry, as opposed to crossing the border without proper documents, which can be prosecuted as a federal crime.

Miller also instructed officials at ports of entry to expand their capacity to process migrants as much as “operationally feasible,” including by utilizing a mobile application that asylum-seekers can use to register their information before being screened.

The immediate impact of this week’s memo on border processing is unclear since the U.S. government continues to rely on a pandemic-era emergency policy known as Title 42 to expel migrants, including at ports of entry, without allowing them to request asylum.

In September, the last month with available government data, U.S. authorities at ports of entry along the southern border expelled 2,100 migrants under Title 42, which was first put in place by the Trump administration.

Another 4,300 migrants were processed under U.S. immigration laws and screened at ports of entry, which are overseen by the Office of Field Operations within CBP. The statistics do not show how many of them were asylum-seekers.

In September, U.S. District Court Judge Cynthia Bashant ruled that “metering” violated the constitutional due process rights of migrants, as well as a federal law that requires U.S. immigration officials to interview those who claim to be escaping persecution.

While the new memo bars Office of Field Operations officials from telling migrants to come back to a port of entry at a later time or show up to another border crossing, it allows them to “mange the intake of undocumented noncitizens.”

“In all cases, however, undocumented noncitizens who are encountered at the border line should be permitted to wait in line, if they choose, and proceed into the [port of entry] for processing as operational capacity permits,” Miller wrote in his memo.

Stephanie Leutert, the director of the Central America and Mexico policy initiative at the University of Texas and a former Biden administration official at the State Department, said on Twitter that expanding processing at ports of entry will be key to “create orderly and safe migration” along the U.S.-Mexico border.

But if the wait lines for asylum-seekers envisioned in the memo are outside the U.S., Leutert said it’s unclear how they would differ operationally from the “metering” practice.