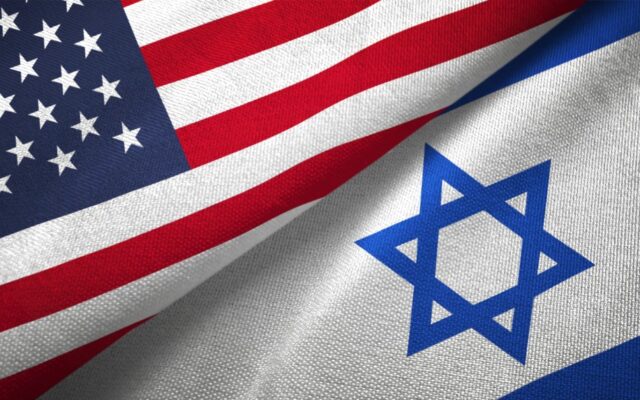 (WASHINGTON) — A U.S. national and his father who were working for Hamas as engineers, were killed in an Israeli airstrike in Gaza earlier this month, a source from the group confirmed to ABC News.

Osama al-Zebda, 33, was born in the U.S. while his father, Jamal al-Zebda, 64, studied at the Institute for Critical Technology and Applied Science at Virginia Tech, according to the Hamas source. Osama lived in the U.S. for five years, his wife told ABC News. The father and son moved back to Gaza after living for a few years in the United Arab Emirates.

“We are aware of reports of a U.S. citizen killed in Gaza,” a U.S. State Department spokesperson told ABC News. “Due to privacy considerations, we have no further comment.”

Both were killed in an Israeli airstrike during the military’s Operation Guardian of the Walls, launched in response to Hamas rockets fired from Gaza earlier this month which saw 253 Palestinians killed — including 66 children — over 11 days of airstrikes and shelling, according to the Palestinian Health Ministry.

During that period, over 4,500 rockets were fired into Israel from Gaza, killing 13 and injuring 100s more.

The elder al-Zebda returned to Gaza in 1994 to help the armed wing of Hamas develop its arsenal of rockets. Jamal al-Zebda was the head of the department in the non-military wing of Hamas which develops their rockets and his son, Osama, served as a more junior engineer. Neither were active fighters, the Hamas source said.

The Palestinian Information Center (PIC), a Hamas-affiliated website, said Jamal had joined the al-Qassam Brigades in 2006 and played an instrumental role in introducing more powerful warheads, using basic materials drawn locally from the narrow enclave of Gaza, which is trapped by an Israeli-Egyptian blockade. The PIC said Hamas’ improved weapons arsenal was evident in the recent conflict and that Jamal had survived an Israeli assassination attempt in 2012, though they did not offer any details.

The Israeli military did not immediately respond to ABC News’ request for comment.

A senior Israeli military official told ABC News that Jamal al-Zebda has technological training and served as a source of knowledge at the organization’s production center. As a senior member of Hamas’ research and development division, the official said he has promoted key projects in the organization’s intensification of weapons developments, “developed and intended to harm Israeli citizens.”

“My husband, who is of American nationality, knew that the shortest way to God is to sacrifice his spirit, mind, time and money for the sake of him and his religion, so he preferred it over any other thing,” Osama’s wife, Yosra Aklouk, 29, wrote on the Facebook profile of her deceased husband.

Aklouk told ABC News that she was unsure of his exact role in Hamas, and that her husband was a “genius engineer” and she was “proud” of him.

“I’m shocked by what happened,” she said. “It was hard to go back home but I’m consoled by visits from the hundreds of people who are helping me.”

Asked if her husband had been responsible for developing rockets aimed at Israeli civilians, Aklouk said: “We have no problem with the Jews. We are refugees from Jaffa (a port city in Israel) and they have stolen our land and our house. We don’t want to kill anyone, we just want to return to our home.”

Osama’s father, Jamal, was an important target for Israel due to his scientific expertise, Wasef Eriqat, a Palestinian military expert and analyst, told ABC News.

“Jamal al-Zebda is credited with guiding and training an entire generation of engineers at the Islamic University who were up to the task of facing up to Israeli scientists,” he told ABC News. “His achievements also came amid very difficult circumstances, such as the scarcity of materials and resources because of the blockade on Gaza.”