US journalist in Venezuela detained amid rising tensions 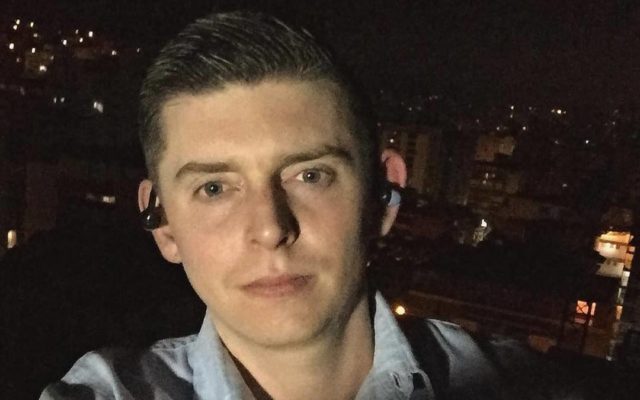 A squad of five men dressed in black uniforms and carrying a written order demanded entry into the Caracas apartment building of journalist Cody Weddle, neighbors said. They emerged two hours later with the Virginia-born Weddle carrying a large suitcase and equipment bag.

Since the start of the year, Venezuela has been shaken by political unrest sometimes erupting in violence after U.S.-backed opposition leader Juan Guaido announced he was invoking the constitution as head of congress to wrest power from President Nicolas Maduro.

Weddle’s apparent arrest came the same day as Maduro ordered the expulsion of Germany’s ambassador after the envoy expressed support for Guaido, escalating a diplomatic standoff with a group of about 50 nations that recognize the opposition leader as Venezuela’s interim president.

Weddle has reported from Venezuela for more than four years, most recently working as a freelance journalist for the ABC affiliate in Miami, a stronghold of Venezuelan exiles, although he has also contributed to the Miami Herald and The Telegraph in Britain. He arrived in the country as an English-language correspondent for state-run network Telesur.

Weddle’s Venezuelan assistant, Carlos Camacho, was also swept from his home across town in a similar manner, local media reported.

It remained unclear what led officials to detain the two journalists. Senior Venezuelan officials would not comment on the case or even confirm the arrests when asked by The Associated Press.

Marco Ruiz, head of Venezuela’s National Union of Press Workers, said on Twitter that officials with the Directorate General of Military Counterintelligence confirmed to him that the journalists were in custody of the agency, which is responsible for dealing with national security threats.

Both men were being interrogated, Ruiz said. He said officials provided no further details.

Foro Penal, a lawyer co-op that handles politically sensitive cases, said Weddle was being held at a prison in Caracas alongside some of Maduro’s fiercest opponents as well as five other American citizens — all of them dual nationals — who worked at Houston-based Citgo, a subsidiary of Venezuela’s state-run oil monopoly.

Espacio Publico, a Caracas-based media advocacy group, said 49 media workers have been detained in Venezuela over the past two months in a sign of an eroding environment of free speech. Many were released after a few hours, although at least one reporter, German-born Billy Six, has been held since November on what his family says are trumped-up charges of spying .

A team of American journalists led by Univision’s Jorge Ramos in late February said they had their camera equipment and phones seized at Venezuela’s presidential palace after Maduro abruptly ended an interview.

Ramos, one of the most influential Spanish-speaking journalists, said Maduro cut short the interview after 17 minutes when he was shown video on an iPad shot a day earlier of young Venezuelans eating food scraps out of the back of a garbage truck.

Weddle’s mother, Sherry Weddle of Meadowview, Virginia, said she sent her son a text messages early Wednesday, a daily routine they have kept since turmoil began increasing in the South American country. This time there was no reply, she said.

The U.S. State Department said in a statement that “the world is watching” Maduro’s handling of the case.

“Being a journalist is not a crime,” the State Department said. “Freedom of expression remains under threat in Venezuela by the Maduro regime.”

E. R. Bert Medina, CEO of ABC’s South Florida affiliate, said in a statement that being unable to reach Weddle was unsettling.

“(We) are obviously very concerned about him,” Medina said. “Cody has been dedicated and committed to telling the story in Venezuela to our viewers.”