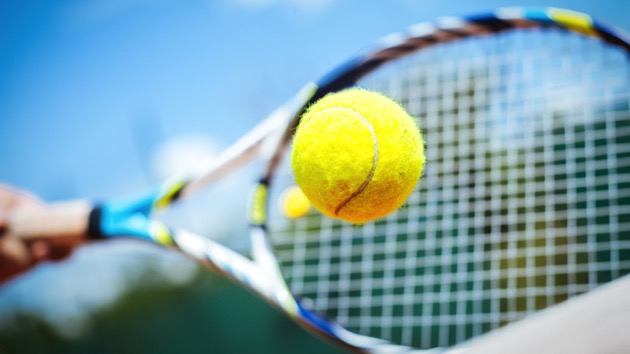 MELBOURNE, Australia (AP) — U.S. Open champion Naomi Osaka was a set down again at the Australian Open and looking for a bit of inspiration.

She thought of how 20-year-old Stefanos Tsitsipas had stunned 20-time major winner Roger Federer and how Frances Tiafoe has advanced to the quarterfinals for the first time. This helped her pull herself together Monday to reach the last eight, too.

No. 4-seeded Osaka had a 4-6, 6-3, 6-4 fourth-round win over No. 13-seeded Anastasija Sevastova to reach the last eight at a major for the second time. She’ll next play sixth-seeded Elina Svitolina, who fended off five break points in a game in the third set that went to deuce 11 times, contained 28 points, and was pivotal in a momentum-swinging 6-2, 1-6, 6-1 win over 2017 U.S. Open finalist Madison Keys.

“I wasn’t really sure what to do at a point. I just try to stick in there,” Osaka said. “And also I was watching all these kids winning, like, last night Tsitsipas beat Federer and I was like, ‘Woah’ — so I decided I wanted to do well, too.

In her third-round win over Hsieh Su-wei, the 21-year-old Osaka got a warning from the umpire for spiking her racket after losing the first set. She was down a break in the second set, too

Against Sevastova, “I was thinking I’ve been in this position before and actually last time it was a little bit worse,” Osaka said.

Another win now and there’s potential for Osaka to have a rematch of the U.S. Open final against Serena Williams. The eight-time Australian Open champion Williams was playing top-ranked Simona Halep later Monday in the fourth round.

But Osaka knows there’ll be no easy ride against Svitolina.

Coming off a win at the WTA Finals, Svitolina is aiming to do what Caroline Wozniacki did last year and follow up a title at the season-ending championship with a breakthrough major in Australia.

For a quarter of an hour on Day 8, Svitolina served and served, and served, tossing the ball into the sun, in a desperate bid to hold a game in the third set against Keys.

After that huge hold, she broke the 17th-seeded Keys’s serve in at her first opportunity in the next game, and it was all one-way from then on.

“I was happy I could handle the pressure at 1-1 in the third set,” Svitolina said. “It was very hard because the sun was just burning my eyes when I was tossing the ball. Very happy I could win that game.”

“The Singapore week showed that I can be out there and winning tough matches … big matches,” she said. “I know that I can challenge good players and I can win.

She’s taking an 0-3 record in Grand Slam quarterfinals into her next match against Osaka, but is taking a different mindset into the match.

Winning in Singapore “gave me huge boost of confidence, so I don’t think about the past anymore,” she said. “I only look forward.”

Apart from the second set, Keys didn’t quite find her range with her ground strokes and 34 unforced errors.

She dropped her first two service games in the match, and she missed very narrowly on some crucial points.

“I think that in the third set we obviously had a really long game at 1-All, and that was where all the momentum swung,” Keys said. “For me to get broken easily right after, I think I lost all the momentum that I had in the second set. It feels like it went really fast.”

In night matches later Monday, Serena Williams will continue her bid for an eighth Australian and Open-era record 24th singles major when she takes on No. 1-ranked Simona Halep, and six-time men’s winner Novak Djokovic is against Daniil Medvedev.