US presses on with evacuations despite fears of more attacks 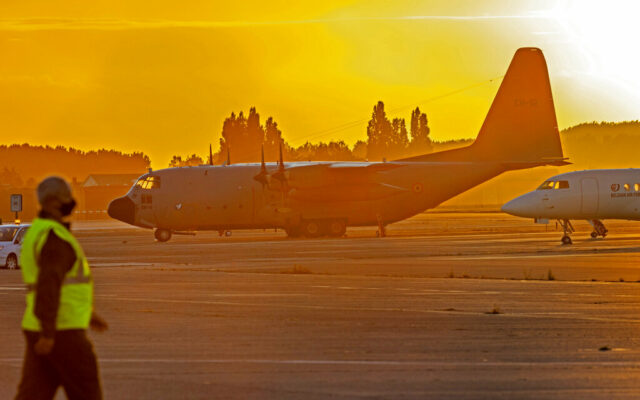 KABUL, Afghanistan (AP) — The United States pressed on with the mammoth evacuation from Afghanistan on Friday amid tighter security measures and fears of more bloodshed, a day after the suicide attack at the Kabul airport that killed scores of Afghans and 13 U.S. service members.

The U.S. warned more attacks could come ahead of President Joe Biden’s fast- approaching deadline to withdraw American forces from Afghanistan by Tuesday.

Two officials said the Afghan death toll in Thursday’s bombing rose to 169, while the United States said it was the deadliest day for American forces in Afghanistan since August 2011. Biden blamed the attack on Afghanistan’s offshoot of the Islamic State group, an enemy of both the Taliban and the West.

The officials who gave the Afghan death toll were not authorized to talk to the media and spoke on condition of anonymity.

The Pentagon also said Friday that there was a bombing only at the airport gate, not at two locations, as U.S. officials initially said.

As the call to prayer echoed Friday through Kabul along with the roar of departing planes, the anxious crowds thronging the airport in hope of escaping Taliban rule appeared as large as ever despite the bombing. Afghans, American citizens and other foreigners were all acutely aware the window is closing to board a flight before the airlift ends and Western troops withdraw.

The attacks led Jamshad to head there in the morning with his wife and three small children, clutching an invitation to a Western country he didn’t want to name.

“After the explosion I decided I would try because I am afraid now there will be more attacks, and I think now I have to leave,” said Jamshad, who like many Afghans uses only one name.

The names of the Afghan victims began emerging and included an news agency founder along with a number of impoverished Afghans who had gone to the airport in hopes of realizing a better life.

By the morning after the attack, the Taliban posted a pickup full of fighters and three captured humvees and set up a makeshift barrier 500 meters (1,600 feet) from the airport, holding the crowds farther back from the U.S. troops at the airport gates.

Gen. Frank McKenzie, head of U.S. Central Command, said in the hours after the bombings that the U.S. would adjust its security outside the airport gates as needed, including possibly asking the Taliban to change the location of their checkpoints.

McKenzie said American forces have to stand close to would-be evacuees to make sure they are not carrying any weapons that could cause even greater loss of life aboard a plane.

“Somebody has actually got to watch someone else in the eyes and decide that they’re ready to come in” the airport gates, McKenzie said.

In an emotional speech Thursday night, Biden vowed to complete the evacuation and hunt down the Islamic State militants responsible for the carnage. The group’s Afghanistan affiliate is which is far more radical than the Taliban fighters who seized power less than two weeks ago in a lightning blitz across the country.

“We will rescue the Americans, we will get our Afghan allies out, and our mission will go on,” Biden said.

The Taliban have wrested back control of Afghanistan two decades after they were ousted in a U.S.-led invasion following the 9/11 attacks. Their return to power has terrified many Afghans, who fear they will reimpose the kind of repressive rule they did when they were last in control. Thousands have rushed to flee the country ahead of the American withdrawal as a result.

The U.S. said more than 100,000 people have been safely evacuated from Kabul, but thousands more are struggling to leave in one of history’s largest airlifts.

The White House said Friday morning that 8,500 evacuees had been flown out aboard U.S. military aircraft in the previous 24 hours, along with about 4,000 people on coalition flights. That was about the same total as the day before the attacks.

Outside the airport, Afghans acknowledged that going to the airport was risky — but said they had few choices.

“Believe me, I think that an explosion will happen any second or minute, God is my witness, but we have lots of challenges in our lives, that is why we take the risk to come here and we overcome fear,” said Ahmadullah Herawi.

Many others will try to escape over land borders. The U.N. refugee agency said a half-million people or more could flee in a worst-case scenario in the coming months.

But chances to help those hoping to join the evacuation are fading fast. More European allies and other nations were ending their airlifts Friday, in part to give the U.S. time to wrap up its own operations and get 5,000 of its troops out by Tuesday.

The Taliban have said they will allow Afghans to leave via commercial flights after the U.S. withdrawal, but it remains unclear which airlines would return to an airport controlled by the militants.

Untold numbers of Afghans, especially ones who had worked with the U.S. and other Western countries, are now in hiding, fearing retaliation despite the group’s offer of full amnesty.

The new rulers have sought to project an image of moderation in recent weeks — a sharp contrast to the harsh rule they imposed from 1996 to 2001, when they required women to be accompanied by a male relative when they left home, banned television and music, and held public executions.

Despite the promises, Afghans in Kabul and elsewhere have reported that some Taliban members are barring girls from attending school and going door to door in search of people who worked with Western forces.

Akhgar reported from Istanbul, Gannon from Islamabad and Anna from Nairobi, Kenya. Rahim Faiez contributed from Turkey along with Associated Press writers around the world.