US says Guantanamo detainee can pen letter about torture 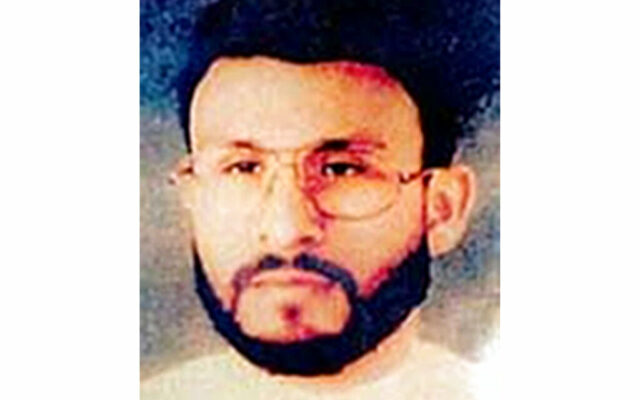 This undated file photo provided by U.S. Central Command, shows Abu Zubaydah, date and location unknown. The Biden administration says it will allow a Guantanamo Bay detainee to provide information to Polish officials about his torture in CIA custody following the 9/11 attacks. The decision from the Biden administration was included in a letter government lawyers filed Friday with the Supreme Court. The administration said it will allow the detainee, Abu Zubaydah, to write a declaration that could be sent to Polish officials investigating his treatment in a secret CIA facility there. (U.S. Central Command via AP, File)

WASHINGTON (AP) — The Biden administration says it will allow a Guantanamo Bay detainee to provide information to Polish officials about his torture in CIA custody following the 9/11 attacks.

The decision from the Biden administration was included in a letter government lawyers filed Friday with the Supreme Court. The administration said it will allow the detainee, Abu Zubaydah, to send a declaration that could be given to Polish officials investigating his treatment in a secret CIA facility there.

The government said detainees’ communications normally are limited to family. But the government noted that a court case in the United States involving Zubaydah already includes a public but redacted declaration from him describing his treatment in CIA custody.

Any declaration written for Polish officials would be subject to a “security review,” the government said, but it “would not prevent him from describing his treatment while in CIA custody.” Information in the letter “that could prejudice the security interests of the United States” could still be redacted, the government said.

Zubaydah was thought to be a high-ranking member of al-Qaida when he was captured in Pakistan in 2002, and the government still says he was “an associate and longtime terrorist ally of Osama bin Laden.” But Zubaydah’s lawyers say the CIA was mistaken in believing he was a high-ranking member of al-Qaida, the terrorist group that carried out the Sept. 11, 2001 attacks on New York and Washington.

The fact that Zubaydah was held at so-called CIA black sites in both Thailand and Poland has been widely reported. The U.S. government has also allowed the disclosure of information about how he was treated. But the government has stopped short of acknowledging the locations of the black sites set up after 9/11 to gather intelligence about terrorist plots against Americans. The government has cited national security and its commitments to foreign partners in opposing the testimony of the former CIA contractors in Zubaydah’s case.

The high court is expected to rule in the case in coming months.

Zubaydah spent four years at CIA black sites before being transferred to Guantanamo in 2006. According to a 2014 Senate report on the CIA program, among other things Zubaydah was waterboarded more than 80 times and spent over 11 days in a coffin-size confinement box. The extreme interrogation techniques used as part of the program are now widely viewed as torture.

The justices will next hear arguments in cases beginning Nov. 1.

On Monday the high court also announced the addition of two cases to its calendar and released two unsigned opinions blocking cases against police officers accused of using excessive force. In one, officers in Tahlequah, Oklahoma, fatally shot a man wielding a hammer. In the other, a suspect sued after a Union City, California, officer “briefly placed his knee” on the suspect’s back while he was being handcuffed, the court wrote. In both cases, the justices said lower courts were wrong to deny the officers “qualified immunity,” a legal doctrine that offers protection from lawsuits.

The two cases the court agreed to hear involve Indian Country. In one, the justices will consider an appeal from the Ysleta del Sur Pueblo tribe near El Paso, Texas, over its right to operate bingo games. The federally recognized tribe has been enmeshed in a legal fight with the state of Texas reaching back decades.

The other case concerns the double jeopardy clause of the Constitution’s Fifth Amendment that bars a second prosecution on the same charges. The issue for the justices is whether a criminal conviction in an Indian court prevents federal prosecutors from pursuing charges based on the same conduct. The case could have major implications for the hundreds of tribal courts.