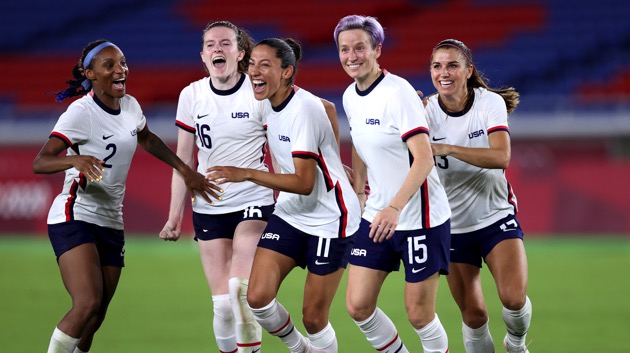 (TOKYO) — The U.S. faced off against the Netherlands Friday and won.

This was their first match of the knockout stage of the Tokyo Olympics, and with that, the Americans will advance to the next game.

It was a dramatic finish as the score was tied 2-2 at the end of 120 minutes of game time, which included two additional 15-minute extra time periods. The game came down to penalty kicks.

The kicks started with an epic save by America’s goalkeeper Alyssa Naeher of a kick by Netherlands’ Vivianne Miedema, giving the U.S. an advantage. Penalty kicks were then scored by the U.S. by Rose Lavelle, Alex Morgan, Christen Press and Megan Rapinoe.

The U.S. team faced some uncharacteristic struggles making it past group play in the early stage of the tournament. They began by losing to Sweden, scoring no goals to Sweden’s three.

The Americans came back to their more typical style in the next game, beating New Zealand 6-1, but then drew a draw against Australia.