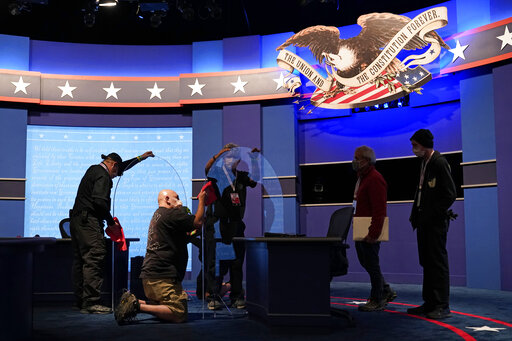 The debate comes after a week that seemed to be highlighted by the debate between President Trump and rival Joe Biden.

But that clash was eclipsed two days later when Trump and his wife tested positive for COVID-19.

The president was hospitalized over the weekend and returned to the White House Monday.

To guard against coronavirus, there will be clear partitions on the debate stage between Harris and Pence, who has tested negative for the virus.