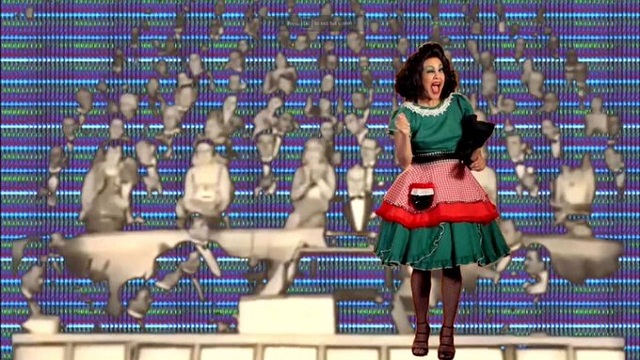 SAN ANTONIO A video that’s been censored by the city could be back on display at a gallery in Market Square.

The Centro de Artes committee voted this week to reinstall Xandra Ibarra’s video Spictacle II: La Tortillera as part of the “XicanX: New Visions” exhibit at the city-owned Centro de Artes in Market Square. It opened Feb.13 without the controversial video that was removed by the city.

According to the Express News, City Attorney Andy Segovia said the video was “too explicit.”

“It shows pretty graphically a simulated sexual act, one where we, the city, would not want it shown in one of our facilities,” Segovia told the Express-News.

Mayor Ron Nirenberg also released a statement to the newspaper saying,” While I strongly support free artistic expression, this film would be in a public venue open to families and children. It is incumbent upon us to maintain an environment appropriate for families in this situation.”

Tuesday, the Centro de Artes committee voted unanimously against the city’s decision to pull the video, which shows Xandra Ibarra with a bottle of hot sauce strapped on like a sex toy, spraying sauce on the tacos she’s making. The video is available to stream on Vimeo.

The San Antonio Arts Commission will discuss the issue March 10.