Video evidence: Masters works to catch every shot on camera 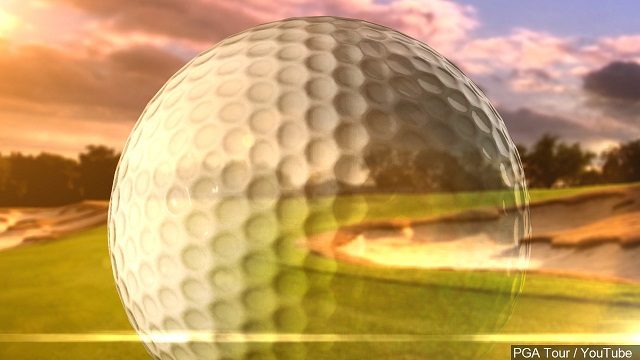 AUGUSTA, Ga. (AP) — Staid and tradition-driven Augusta National is suddenly on the cutting edge of technology.

The club that hosts the Masters isn’t particularly known for its embrace of the new. The club agonizes over the slightest change to its course layout. Etiquette is paramount. History is revered.

A pimento cheese sandwich at concession stands is still just $1.50 for crying out loud.

But pop open a laptop when the tournament begins Thursday and for the first time the Masters plans to have nearly all of the 20,000-plus shots available to view on its website just a few minutes after they happen.

Club chairman Fred Ridley said the option is the first of its kind in golf.

“It’s been two or three years in developing,” Ridley said Wednesday. “We had it in a beta test mode previously, but now I feel like that we can actually execute on this. So we just thought it was something that people wanted and which supplemented our other forms of providing coverage of the tournament.”

The tournament’s online trailblazing is mildly surprising because the in-person mystique of the Masters has always been a huge part of its charm.

In an era where many major professional franchises and college teams struggle to attract a live audience — at least partly because of numerous online and television viewing options — the decision-makers at Augusta National have no such worries.

The throngs that walk the course in Augusta have often paid a small fortune to watch even the practice rounds. In a strange twist, they’ll be pretty much the only golf fans who can’t enjoy the new technology: Cell phones aren’t allowed on the course.

Ridley said he doesn’t believe the tournament’s extra online features will detract from the live experience.

“I think there’s always that discussion,” Ridley said of how much access is too much. “I think it’s a balance — what really drives us is quality. We could have come out with this a year or so ago, but we weren’t ready.”

The reason they weren’t ready isn’t entirely clear: The club is secretive about pretty much everything that happens in its real or digital world. Still, it’s fairly obvious it’s a prodigious undertaking.

The Masters Digital wing takes up a sizable chunk of the media center and the room was buzzing with dozens of workers. The new technology was tested one final time during the inaugural Augusta Women’s Amateur tournament last week.

The increased video is the most obvious new feature. Users would conceivably be able to watch a player’s round in a fraction of the time it takes to watch a full round, getting an unprecedented view at how players navigate the course from the first tee to Amen Corner to the uphill dogleg right finale on No. 18.

The only time shots might not be captured is situations with difficult lies or if a group’s shots end up in vastly different locations. Ridley called it an “extensive library of content” that could be particularly useful during the first and second rounds when someone unexpected makes a charge up the leaderboard and TV isn’t capturing every move.

The Masters has always had one of the smallest TV broadcast windows for a major and this is the first time that pretty much every shot will be captured on camera. Now every random hole-on-one, double eagle or gigantic mishap will come with video evidence.

The new technology might not beat standing under the Georgia sunshine watching the world’s best players, but for the golf fans who can’t be here, it’s a potentially big upgrade in how they experience the tournament.

“We’re not going to sacrifice quality,” Ridley said, “but we thought this was a great supplement to our traditional means of providing coverage.”