Violations, but no citations on first day of ‘Stay Home’ orders 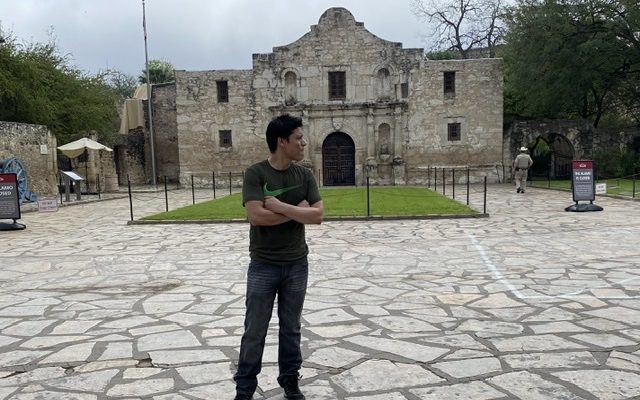 Lorenzo Rivera from Houston had Alamo Plaza all to himself for about twenty minutes, until his friend joined him.  They were on a camping trip in Enchanted Rock this past weekend with no internet or social media.

“As we were driving to San Antonio, we found out that businesses were going to shut down,” he said.

Rivera has been to San Antonio during peak tourist times, so he didn’t seem to mind being alone at the Alamo.

“It’s actually kind of nice being able to enjoy the sites without the crowds” he said.

Under the order that went into effect at 11:59 pm Tuesday  to help stop the spread of COVID-19, non-essential businesses were directed to shut down through April 9. That includes hair salons, barber shops, nail salons and pet-grooming services, but pet supply stores are open, as well as grocery stores, convenience stores, restaurant drive-thrus. office supply stores, health care businesses and home improvement stores.

Home Depot in Windcrest was buzzing with customers because construction is exempt from the order. Cavender’s Boot City also was open. A worker told KTSA News they sell items that construction workers need, such as boots and clothing items.

“The vast majority of San Antonians are staying at home because they understand the importance of slowing the spread of COVID-19,” Said Mayor Ron Nirenberg. “The order has been in effect less than 24 hours, so we are still answering questions and clarifying the declaration. But I am confident that San Antonians will help their neighbors by staying home and thwarting this deadly disease.”

The city responded to complaints about violations of the order, but no citations were issued. It’s more of an education process at this stage.