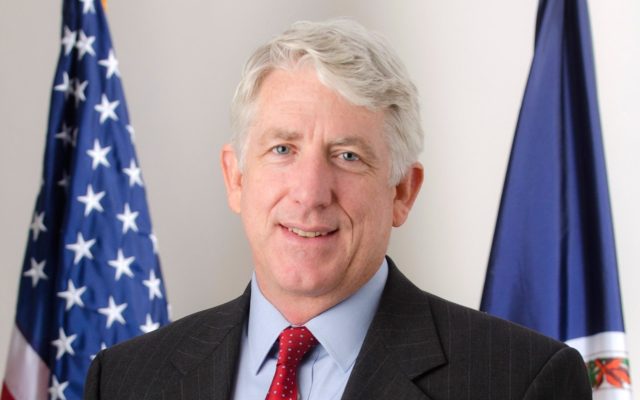 By ALAN SUDERMAN, Associated Press
RICHMOND, Va. (AP) — Another top Virginia Democrat — Attorney General Mark Herring — admitted Wednesday to putting on blackface in the 1980s, when he was a college student.
Herring issued a statement saying he wore brown makeup and a wig in 1980 to look like a black rapper during a party as a 19-year-old undergraduate at the University of Virginia.
The revelation further roils the top levels of Virginia government. Virginia Gov. Ralph Northam and Lt. Gov. Justin Fairfax are already facing controversies, and Herring would be next in line to be governor after those two men.
In the statement, Herring said he and two friends dressed up to look like rappers they listened to, including Kurtis Blow.
“It sounds ridiculous even now writing it. But because of our ignorance and glib attitudes – and because we did not have an appreciation for the experiences and perspectives of others – we dressed up and put on wigs and brown makeup,” he said.
“That conduct clearly shows that, as a young man, I had a callous and inexcusable lack of awareness and insensitivity to the pain my behavior could inflict on others. It was really a minimization of both people of color, and a minimization of a horrific history I knew well even then.”
Herring, who plans to run for governor in 2021, is among those who have urged Northam to resign as governor after the discovery of a photo of someone in blackface on his 1984 medical school yearbook page. The photo that appeared in Northam’s half-page profile shows someone in black face standing next to another person in a Ku Klux Klan hood and robe.
Fairfax, in line to be governor if Northam were to resign, has been accused of sexual misconduct, which he denies.
Asked if Herring should resign, Democratic state Delegate Delores McQuinn, an African-American, did not answer directly.
“We are going to govern — that’s what our constituents want us to do,” she said.
In condemning the photo from Northam’s yearbook, Herring said last Friday: “The photo, the conduct it captures, and the racist imagery invoked are all indefensible. The photo would be profoundly offensive in any circumstances, but it is also shocking and deeply disappointing to know that it pictures Governor Northam.” He called for Northam to step down the next day, saying “it is no longer possible” for him to lead the state.
Northam admitted at first that he was in the photo without saying which costume he was wearing. A day later, he denied he was in the picture. But he acknowledged he once used shoe polish to blacken his face and look like Michael Jackson at a dance contest in Texas decades ago.