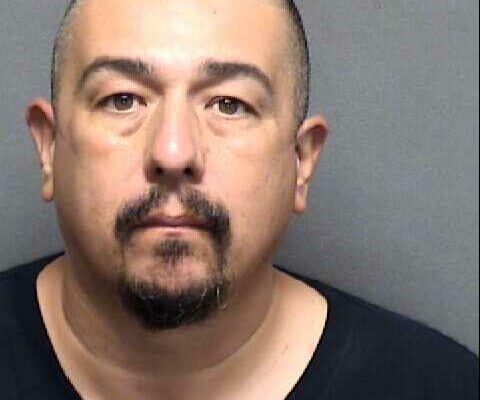 The Bexar County Sheriff’s Office said the driver, 45-year-old Mark Seemann, has been booked in the county jail on a charge of intoxication assault on a peace officer — a 1st degree felony.

The sheriff’s office said the Von Ormy police officer is expected to “make a long, but full recovery” from her injuries.

Seemann did not sustain any injuries from the crash.

A Von Ormy police officer remains in critical condition after being struck by a pickup while directing traffic on a Southwest Bexar County Highway early Friday.

The officer identified as 42-year-old Veronica Lozano was directing traffic around a disabled 18-wheeler on SB IH 35 near Kinney Road when she was hit by a suspected drunk driver around 1:45 a.m.

Von Ormy Police Chief Robert Flores told KTSA News that officer Lozano was getting out of her patrol car when she was hit by the truck. Lozano was airlifted to a local hospital where she was reported in “critical but stable” condition after undergoing surgery.

The driver was taken into custody for suspicion of DWI. Flores says the driver faces a charge of intoxication assault.

SAN ANTONIO (KTSA News) – A Von Ormy police officer has been struck by a pickup while directing traffic on IH 35 in Southwest Bexar County.

KABB-TV reports the officer was directing traffic around a disabled 18-wheeler when the accident occurred around 1:45 a.m. Friday. At 6:45 a.m., SB IH 35 remained closed between Loop 1604 and Kinney Road.

The officer was airlifted to a hospital.