Voters turning out for Texas Primary runoff election despite COVID-19 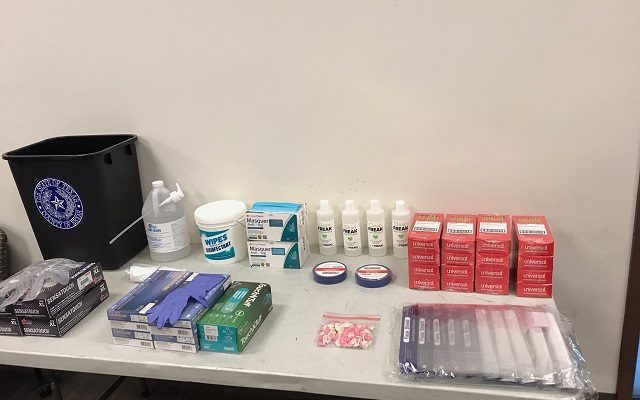 SAN ANTONIO (KTSA News) – It started out slow with some voting centers seeing less than 10 voters in the first four hours after the polls opened Tuesday for the Texas Primary runoff election, but by early this afternoon,  many of the sites got busy.  More than 20,000 votes had been cast by 4 pm, despite the extreme heat and COVID-19.

Bexar County Elections Administrator Jacque Callanen said, when combined with early voting numbers, there have been more than 100,000 ballots cast, which is rare in a primary runoff election.  Some polls on  Tuesday saw more than 300 voters, while more than 2 dozen had fewer than 25 ballots cast by 4 pm.

Some of the races on the ballot are hotter than July temperatures in San Antonio.   Rob Aikens said the contest most important to him is the race for chair of the Republican Party of Bexar County between the incumbent Cynthia Brehm and her challenger, John Austin.

“If you don’t like something, you can go in and change it by casting your vote.  If you don’t vote, don’t complain,” said Aikens.

There were no long lines at Tobin Library on Harry Wurzbach Road in the Northeast Side, but turnout was steady.  Precautions were taken to prevent the spread of COVID-19, including plexi glass at the registration table.  Voters were given a pencil to sign in, and they could use the eraser head to mark their ballot on the screen.

“I thought using those pencils was a very good idea so we wouldn’t have to touch anything in there,” said William Martin.

There was  plenty of hand sanitizer, too.

“It was very smooth.  The staff was very friendly,” another man said ,  “It was very easy, even in the midst of a pandemic, so thanks to all the election officials for everything they’re doing.”

Callanen is pleading with voters to wear masks out of respect for the election judges who are working the polls.   Many are in the high risk category because of their age.

More than 200 voting centers are open until 7 tonight.  You can visit the Bexar County Elections Department for more information or call 335-VOTE.