Walton Goggins on playing against type as a grieving dad, in CBS’ hit ‘The Unicorn’ 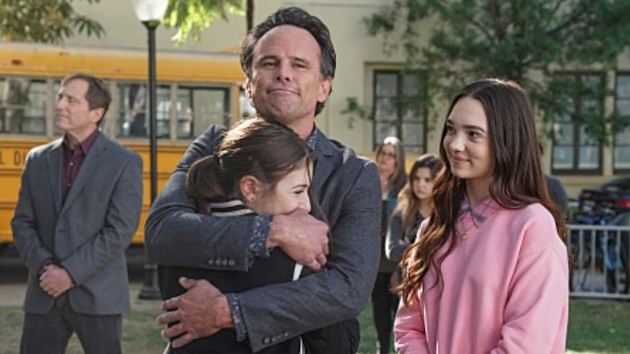 .(NEW YORK) — Actor and Oscar winner Walton Goggins has appeared in dozens and dozens of films and TV shows over his lengthy career, and in many, he plays the heavy.

He’s been seen as a corrupt cop in The Shield, the villain in Tomb Raider, and an arms dealer in Ant-Man and The Wasp, among other memorable roles.

However, all that changed when he was cast against type as a grieving dad in CBS’ hit series The Unicorn.

Created by Bill Martin and Mike Schiff, and produced by Goggins’ pal and Ant-Man director Peyton Reed, Goggins says the show’s pitch struck a chord with him: “The story is based on one of their best friends who lost his wife to cancer and is raising two daughters…and I thought, ‘I can tell this story and we could tell this story in a way, if you let me do my thing.’ You know, I’m only going to do it one way: where we can make people laugh for sure. But but we can also touch their touch, their heart — and not gratuitously, but because. Because the story’s about life.

He adds, “Here we are two years into it…and people appreciate the laughter and people…can relate to the small victories and the small setbacks…And I think that’s what I’m most proud of.”

Goggins, however, explained while laughing heartily, that there was an adjustment period. “There’s this whole scene in the pilot where I have to get this food out of the freezer and I’m using an ice pick. And then the director says, ‘OK, cut, cut. Walt, do you think you could do that in a way that it doesn’t look like you’re the one who killed your wife?’”

Two seasons in, he’s proven he can play the nice guy.

Goggins adds of the show, “I just love it. I really do.”