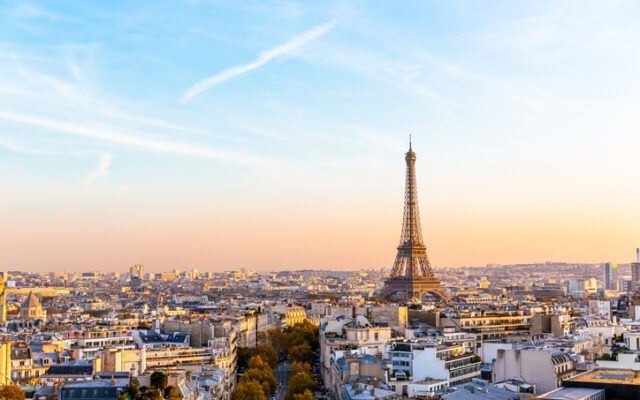 If you made the New Year’s resolution to try and read more, I’m glad you’re here. This blog is my personal reading journal. These are not “new book reviews”, nor are most of these even new books. You can find things like that all over. This is one person’s intimate account of books that mattered to him, and that he would love for you to know about. And, if the spirit moves you, I’d like to hear what you’re reading too.

“Capitalism: The Unknown Ideal” by Ayn Rand, et. al. (1966) A collection of short essays, mostly by Ms. Rand, themed around the idea of defending capitalism and suggesting that its greatest flaw is that what we usually call “capitalism” is a bastardized or abbreviated version of it. I had read a few of these before, but it’s astonishing and sobering to think in her writing of 50-60 years ago, she’s sounding alarms like the ones we hear today. Highly recommend you find this book and cherry-pick the essays of interest to you.

“Soldiers of A Different Cloth: Notre Dame Chaplains in WW2” by John Wuckovits (2018) He’s a terrific WW2 historian, whose earlier book “Pacific Alamo” encouraged me to read this one.  Through detailed research and by use of numerous wartime letters and diaries, he takes us along to various battles with priests who trained for chaplaincy at Notre Dame. This is the story of war on the most personal level. You will be left wishing you had known these extraordinary priests.

“Personal” by Lee Child (2014) Amazon Prime is taking a stab at the Jack Reacher series, and I am looking forward to checking it out, both because I love these books, and because it was a travesty casting Tom Cruise in the big-screen versions. In “Personal”, Reacher is drafted into service (always reluctantly and indirectly) because a former sniper he bagged for a crime in his MP days is now suspected of planning an assassination at the upcoming G8 in Paris.

“A Firing Offense” by George Pelecanos (1992) This was my first read of Pelecanos, about whom I’d heard good things. Not sure if I am a fan yet.  In his debut, Nick Stefanos is a disgruntled employee of a discount electronics chain in D.C. When a young coworker goes missing, Stefanos is pressed/guilted into searching for him, figuratively and literally becoming a P.I in the process. Novels like this are allowed to be formulaic, and this is. Stefanos is an obsessive fan of rock music and booze. In this, he’s supposed to be charming. Sometimes he’s annoying. Other times he’s inauthentic. I’ll give this series another installment before I decide whether to keep reading.

“Hostage Tower” by Alistair MacLean (1980) Made into a so-so movie, this is a terrifically entertaining and fast-reading thriller about a master terrorist (Mr.Smith) who manages to capture the Eiffel Tower, with the mother of the president of the United States inside it, and hold it for ransom. His key is that he has also stolen a brand-new  top secret weapon from the US Army that they barely know how to use, much less defend against. That description sounds far-fetched, but this writer wrote “The Guns of Navarone” and several other action/espionage books. He’s a master.

“Cat Among the Pigeons” by Agatha Christie (1959) She’s was also a master of her craft, so the fact that her famous sleuth, Hercule Poirot, barely makes it into the story with only about 80 pages left in the book, is excused. Murder and international intrigue swirl around an exclusive English girls’s school. It’s really strange how often Dame Agatha delays the arrival of her protagonist. Then again, Poirot’s mind works fast.

“The Pioneers: The Heroic Story of the Settlers who Brought the American Ideal West” by David McCullough (2019) One of our all-time greatest historians is focused on the annexation of the “Northwest Territories” which would become the new states of Ohio, Indiana, Michigan, Wisconsin and Illinois after the founding of America. Great men like Menassah Cutler and Gen. Rufus Putnam, whose names are largely lost to history, led by courage and example, as (mostly) New Englanders settled, farmed, developed and governed these lands. The legendary “Northwest Ordinance” meant these were free (no slavery) states, and their successful establishment defined the country we have become.

“Brat: An ’80s Story” by Andrew McCarthy (2021) Personally, I always thought Andrew McCarthy had barely enough talent to make it in iconic movies like “Pretty in Pink” and “Less Than Zero”. So it stands to reason that he also has barely enough anecdotes and thin memories to populate this scrawny book. If you’re a fan, you should check it out. If you’re not, it won’t make you one.

“Killing Johnny Fry” by Walter Mosley (2007) I’m a major Mosley fan. When this book came out, reviewers hyperventilated over how “pornographic” and “explicit” it was. I didn’t believe them, but I should’ve. Don’t get me wrong, it’s a good yarn—a suspenseful account of what a man goes through and contemplates doing when he catches his girlfriend in infidelity. But, this should not be your first Mosley read. It’s an outlier, and not my favorite.

“The Sympathizer” by Viet Thanh Nguyen (2015) A novel that swept many major book awards, including the Pulitzer, has to be something pretty special. Just getting around to it now, and wondering what took me so long. Suffice to say, it’s part spy story, part love story, and an insightful consideration of what it means to be a Vietnamese immigrant to the US. You will not agree with some of the narrator’s observations about Americans. Others you will find jaw-dropping in their undeniability.  Good books need to leave us intellectually full and spiritually exhausted, and for me, “The Sympathizer” did that.