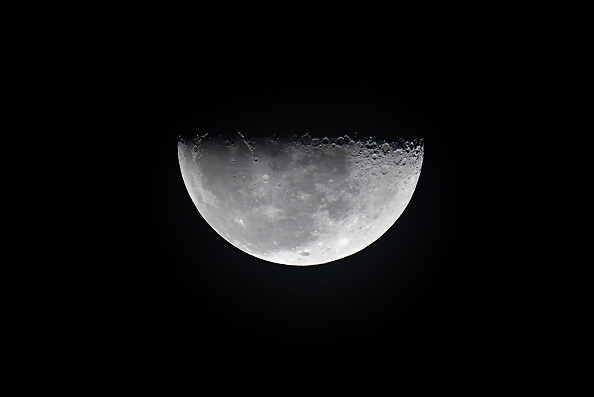 TOPSHOT - A half moon rises as the Artemis I unmanned lunar rocket prepares to lift off from pad 39B at NASA's Kennedy Space Center in Cape Canaveral, Florida, on November 16, 2022. - NASA's Artemis 1 mission is a 25-and-a-half day voyage beyond the far side of the Moon and back. The meticulously choreographed uncrewed flight should yield spectacular images as well as valuable scientific data. (Photo by Jim WATSON / AFP) (Photo by JIM WATSON/AFP via Getty Images)

Out of contact on the far side of the moon, NASA’s unpiloted Orion crew capsule carried out a critical rocket firing and lunar flyby Monday, flinging the craft toward a distant orbit for tests intended to pave the way to a piloted flight in 2024.

Dramatic live video from cameras mounted on the spacecraft showed Earth slowly approaching the limb of the moon and then disappearing as Orion passed out of contact behind the moon at 7:25 a.m. Nineteen minutes later, still out of contact, Orion executed the engine firing on its own as planned.

Now outbound, the spacecraft passed almost directly over the Apollo 11 landing site in the Sea of Tranquility about an hour after the OPF rocket firing.

A second firing of Orion’s main engine Friday at 4:52 p.m. will put Orion in the planned “distant retrograde orbit,” or DRO, so named because the spacecraft will be moving from left to right, beyond the moon, as viewed from Earth.

Six days later, a third main engine firing will send Orion back toward the moon for a second powered flyby on December 5. That fourth and final burn will put the spacecraft on a course back to Earth with splashdown in the Pacific Ocean west of San Diego expected at 12:40 p.m. EST on Dec. 11.