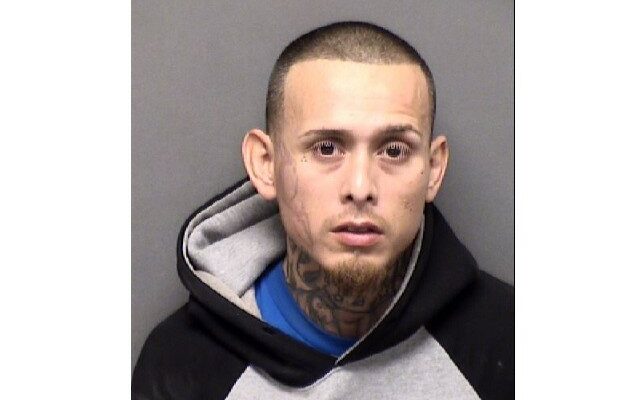 SAN ANTONIO (KTSA News) — The stepfather of King Jay Davila was sentenced in a Zoom hearing Tuesday in connection to the death and subsequent cover-up of his infant stepson King Jay Davila in January 2019.

Christopher Davila, 37, reportedly claimed King Jay went missing on January 4, 2019, in a kidnapping scenario that police determined was a staged event. One week and one criminal charge for tampering with evidence later, officials said he led investigators to King’s body which was buried in a backpack on the northeast side of the city.

An arrest affidavit said he told officers he was playing video games while King Jay was in a car seat on a bed. Davila said the car seat fell and the baby may have hit his head on a dresser before he fell on the floor. He told officials he was too panicked to call 9-1-1.

According to the autopsy conducted by the Bexar County Medical Examiner’s Office, King Jay died of blunt force injuries.

Davila pled no contest to the charge of injury to a child resulting in death before being found guilty and sentenced to 40 years in prison by 227th District Court Judge Kevin O’Connell.

Bexar County District Attorney Joe Gonzales said the judge considered Davila’s other charges of tampering with evidence by concealing a human corpse, felon in possession of a firearm and possession of a controlled substance were taken into consideration during the hearing.

“King Jay’s death is a tragedy made even worse by Christopher Davila’s cowardice in attempting to conceal it and avoid responsibility. This plea does not bring back a precious life lost, but it does hold Christopher Davila accountable for this horrible crime,” Gonzales said in a statement.

During the hearing, Davila’s attorney Bob Behrens asked the judge to reconsider part of his ruling saying the child’s death was an accident. O’Connell denied the request.

The sentencing comes after a contentious and drama-filled case that saw three adults charged in connection to King’s death.

Davila’s mother Beatrice Sampayo and cousin Angie Torres are charged with tampering with evidence in connection to King Jay’s death.

Injury to a child causing serious bodily injury or death is a first-degree felony that carries a maximum sentence of life in prison.