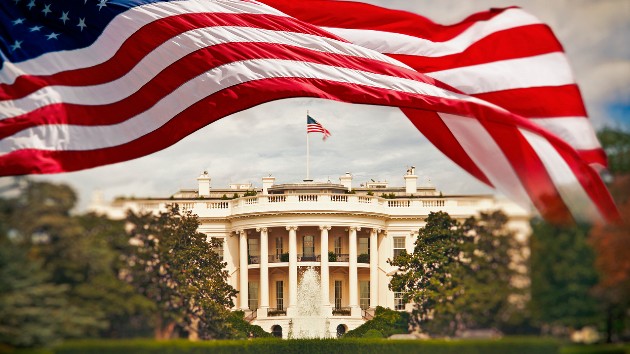 (WASHINGTON) — A number of senior officials joining the Biden administration have been working in consulting firms with opaque client lists, which ethics experts warn may undercut President Joe Biden’s efforts to ensure Americans have faith in the independence of its leaders.

In choosing his cabinet-level appointees and agency heads, Biden has demonstrated a preference for veterans of government service, many of whom are returning to control the levers of power after holding private-sector jobs as Washington consultants for corporate clients.

Many of Biden’s picks have passed through the revolving door between public and private work, but have done so without ever appearing on the official registry of K Street lobbying firms, which must follow strict reporting rules that require them to disclose to the U.S. government the names of clients and the government agencies they contact. Instead, ethics experts say many have navigated the murky alleyways of corporate consulting and geopolitical risk management — work that can occur in secret, often protected by confidentiality agreements.

Among the boutique D.C. firms from which Biden appointees have come are Macro Advisory Partners, Albright Stonebridge Group, and WestExec. These firms and others like them tout their insider connections and the government experience of their partners, who serve as consultants for a range of companies. While not performing direct lobbying functions, consultants offer these firms’ clients guidance and advice about navigating federal policy and regulations. If the guidance is used to directly or indirectly influence public policy, the practice is referred to by ethics experts as “shadow lobbying.”

“They’re not necessarily making a lobbying contract or doing the direct work of what would be defined as lobbying under the [Lobbying Disclosure] Act, so they don’t have to file lobbying disclosure reports,” said Delaney Marsco, ethics legal counsel for the Washington-based nonprofit Campaign Legal Center. “So that’s a problem. That’s a loophole.”

Instead, these firms operate as consultants — guiding private entities through the massive government infrastructure and leveraging knowledge gleaned during their prior roles to inform their clients’ decisions — without directly lobbying the government. This model allows the consultants to avoid disclosing clients, unless they later go on to become public officials.

“We now have these private entities that don’t have a lot of transparency,” said Virginia Canter, chief ethics counsel at the nonpartisan good-government group Citizens for Responsibility and Ethics in Washington (CREW). “It would be better if we knew more about them, but we’re not there yet.”

Both political parties have to various degrees crusaded against the “swamp” of Washington — the idea that insiders have for years dominated the corridors of power to benefit the wealthy and well-connected, often at the expense of regular Americans. And in recent decades, former officials on both sides of the aisle have gravitated toward the kind of consulting that does not require lobbying disclosure.

For its part, the Biden team has vowed to be “the most ethically rigorous administration in American history,” Biden transition team spokesperson Andrew Bates wrote in a statement to ABC News.

“Every cabinet member will abide by all disclosure requirements and strict ethics rules — including recusals when appropriate,” Bates said.

On his first day in office, Biden tried to speak directly to those concerns by issuing ethics rules that he said “every appointee in every executive agency” must sign. Similar to the ethics rules of the Obama and Trump administrations, Biden’s ethics order prohibits officials from dealing with issues “involving specific parties” or ones “directly and substantially related” to a former employer or former client for the next two years, and prevents officials from lobbying the executive branch or registering as foreign agents for two years after leaving the administration.

In addition, Biden’s ethics order attempts to curtail his officials’ post-government “shadow lobbying” by prohibiting them from communicating with administration officials for two years after leaving their posts.

Meredith McGehee, the executive director at the bipartisan government ethics advocacy group Issue One, said that given what she called the Trump administration’s lax ethics practices, it is “critically important” for the Biden administration to “go above and beyond” existing legal requirements to do more “robust disclosure.”

“There is an urgent need for his officials to bend over backwards to ensure the public that first and foremost in the minds of decision-makers will be the public interest and not their past relationships,” McGehee said.

Several of Biden’s appointees have taken the added step of disclosing their former clients. But at least a couple high-ranking members of the new administration who have previously worked for the firm Macro Advisory Partners have yet to file their disclosure reports due to varying disclosure deadlines and requirements.

The company, with a roster that includes at least ten Obama-era officials, does not disclose its clients. Its website makes oblique references to work it does for “an industry-leading multinational consumer goods company” with a footprint in China, and “a global financial services company” doing business in Middle Eastern markets.

Of the three nominees, McDonough is the only one who has released the list of his clients at Macro Advisory Partners through his disclosure report to the Office of Government Ethics, while Burns and Sullivan are expected to file their reports in coming days or weeks.

In his disclosure form, McDonough reported providing strategic advice to GlaxoSmithKline, PWC, MasterCard, Deutsche Telekom and Apple, but did not specify whether those were Macro Advisory Partners clients. A Biden transition official later clarified to ABC News that those companies were his clients at Macro Advisory Partners. McDonough reported earning at least $248,000 in salary from the firm over the last two years.

McDonough, who is expected to face Senate confirmation in the coming weeks, has agreed to step down from his position at the firm and recuse himself from any matters related to his former Macro Advisory Partners clients.

In response to ABC News’ questions regarding Sullivan’s consulting work, a spokesperson for the National Security Council pointed to the Biden administration’s ethics order.

Burns served on the firm’s Global Advisory Board after decades at the State Department, and thus may not have had specific clients. He has not yet submitted his disclosure forms nor disclosed any former clients from his time at the firm. CIA spokesperson Nicole de Haay deferred to Macro Advisory Partners regarding Burns’ work at the CIA.

Beyond the minimal requirements

Another Obama-era diplomat set to join the incoming administration, Wendy Sherman, has also cycled through the world of private strategic consulting. Sherman, who’s been tapped as deputy secretary of state, has served as a senior counselor at the Albright Stonebridge Group, a consulting firm chaired by former Secretary of State Madeleine Albright. Sherman has not yet identified her clients.

Albright Stonebridge Group also employed incoming U.N. ambassador Linda Thomas-Greenfield, who reported earning more than half a million dollars in salary, profit sharing bonuses, and consulting fees from the firm over the last two years, according to her disclosure report. She has identified her former clients, which include Hilton, Amazon, Microsoft, the Bill & Melinda Gates Foundation and Endeavor Energy Holdings.

Similar to Thomas-Greenfield, incoming Secretary of State Tony Blinken has released a list of clients from his private consulting work. In 2018, he helped found the firm WestExec, which traded on the high-level government experience of its team.

Delaney said that Blinken is an example of how an official can go beyond the minimal requirements to offer additional transparency. The new State Department chief, whose firm had previously said it is bound by nondisclosure agreements, released his list of major clients at WestExec in his financial disclosure form made public in December, after the transition team said he was “obtaining permission” to do so from his former clients.

The list includes a host of banks and financial firms like Blackstone, Lazard, Pine Island Capital Partners and Royal Bank of Canada, as well as other big corporate names like FedEx, Microsoft, AT&T, Boeing and Facebook. In the financial disclosure form, Blinken reported that he made more than $1 million from WestExec over the last two years, and entered into an agreement in December to divest from the firm.

In his ethics agreement filed with his disclosure report, Blinken wrote that he will not participate in matters that could involve WestExec’s work unless specifically approved to do so, until he is fully paid out for his divestment in two years. He also said he would not participate “personally and substantially” in any “particular” matter that involves former WestExec clients he worked with for up to a year after his last service to the client, unless authorized to do so.

“Secretary Blinken has made clear that he expects his team to adhere to the strictest ethical standards, and that our only consideration will be the national interest,” a State Department official wrote in a statement to ABC News. “Every State Department official will abide by applicable disclosure requirements and strict ethics rules — including recusals when appropriate.”

An appreciation for the rules

Jen Psaki, the new White House press secretary, served as a senior adviser at WestExec, and Biden’s pick for director of national intelligence, Avril Haines, was a principal and consultant at the firm. Ely Ratner, another adviser at the firm, also recently joined the Biden administration as the Pentagon chief’s principal adviser on China matters.

Haines reported that JP Morgan, Microsoft and Open Philanthropy were her clients at the firm. She said during her confirmation hearing last week that she worked for WestExec less than a day per month on average. She also said that she did not consult on behalf of any foreign entities through WestExec.

Michael Kaplun, a public affairs officer for the Office of the Director of National Intelligence, told ABC News that Haines received an ethics briefing shortly after being sworn in to ensure that she continues to comply with all her legal obligations. The spokesperson added that Haines was once a designated ethics official in the government, and therefore “understands the rules, and has a deep appreciation for the need to abide by them.”

The Office of the Director of National Intelligence did not respond to ABC News’ request for comment regarding Haines.

Psaki and Ratner have yet to file their disclosure forms because of the varying disclosure deadlines.

According to her LinkedIn profile, Psaki was a senior advisor at WestExec, and she served as the vice president for communications and strategy at the Carnegie Endowment for International Peace during that time. She was also a contributor at CNN. A transition official told The New York Times in November that Psaki had spent a relatively limited amount of time working with WestExec as an outside contractor.

Canter said the revolving door of consultants is not a new phenomenon. She noted that numerous conflicts surfaced during the Trump administration, such as the opaque real estate dealings of the president’s extended family, and his stake in hotels and golf clubs that at times catered to foreign and lobbying clients.

So far, she said, most of the Biden officials who have disclosed their financial interests appear to have taken proper measures to reveal their clients and divest from their private sector ties.

Nevertheless, Canter said, “I’d like it to be more transparent and maybe we should be doing more in terms of forcing disclosure.”