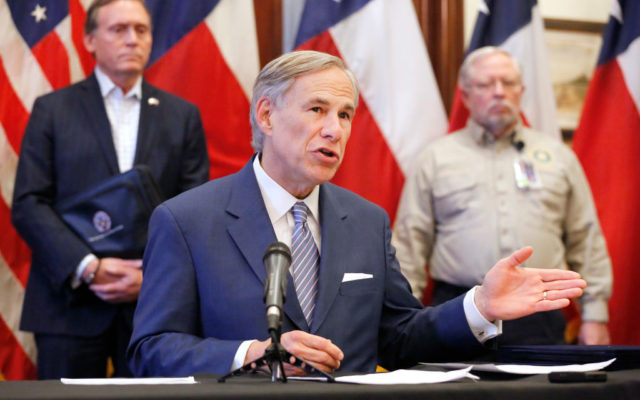 AUSTIN, TX - MARCH 29: Texas Governor Greg Abbott announced the US Army Corps of Engineers and the state are putting up a 250-bed field hospital at the Kay Bailey Hutchison Convention Center in downtown Dallas during a press conference at the Texas State Capitol in Austin, Sunday, March 29, 2020. The space can expand to nearly 1,400 beds. Joining him was former State Representative Dr. John Zerwas (left) and Texas Department of State Health Services Commissioner John Hellerstedt, MD. (Phopto by Tom Fox-Pool/Getty Images)

Water parks will be allowed to reopen Friday, but other parts of the parks, like arcades, must remain closed.

Adult recreational sports can resume Sunday, but games and competitions must wait until June 15th.