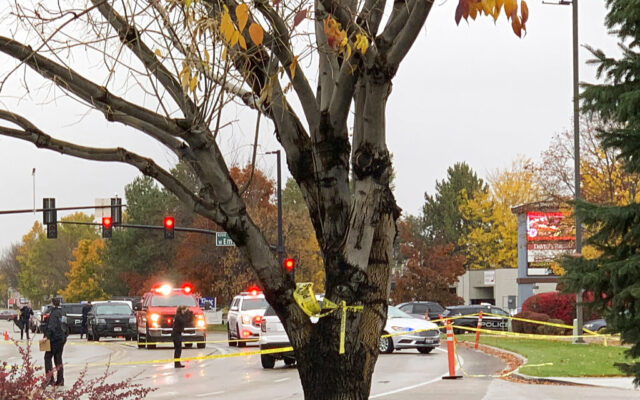 Police close off a street outside a shopping mall after a shooting in Boise, Idaho on Monday, Oct. 25, 2021. Police said there are reports of multiple injuries and one person is in custody. (AP Photo/Rebecca Boone)

By REBECCA BOONE and KEITH RIDLER Associated Press
BOISE, Idaho (AP) — Idaho police say they exchanged gunfire with a suspect during a shooting at a shopping mall in Boise that killed two people and injured four, including an officer.

When officers arrived, they spotted someone who matched the description of the suspect.

Authorities say officers exchanged gunfire with the suspect and later said the suspect was in critical condition at a hospital.

Police said Monday evening that the officer had been treated and released.

Investigators say they believe there was only one shooter.