President Trump’s decision to strike Iranian military leader Qassem Soleimani, and threats of a “disproportionate” response if Iran retaliates, has renewed questions and criticism of the extent of the president’s authority to wade into war without the approval of the legislative branch.

Mr. Trump, who stoked Democrats’ ire by failing to notify leading members of Congress before or after authorizing the strike on Soleimani, informed Congress — and the world — by Twitter Sunday that his “media posts” serve as congressional notification that he will strike Iran if it harms Americans or U.S. assets. The president’s tweet appeared to disregard checks on the commander-in-chief’s authority that already exist under federal law.

“These Media Posts will serve as notification to the United States Congress that should Iran strike any U.S. person or target, the United States will quickly & fully strike back, & perhaps in a disproportionate manner. Such legal notice is not required, but is given nevertheless!” the president tweeted Sunday morning while still in Florida for the holidays.

House Speaker Nancy Pelosi announced Sunday she will soon introduce a vote to restrict the president’s war powers related to Iran, similar to a resolution Democratic Senator Tim Kaine of Virginia introduced last week. Pelosi’s resolution would start a 30-day clock for hostilities in Iran to cease without congressional authorization, even as the president sends 3,000 U.S. troops to the Middle East in the wake of escalating tensions with Iran.

The Trump administration is relying on the 2002 Authorization of the Use of Military Force Against Iraq Resolution. White House national security adviser Robert O’Brien told reporters Friday the strike on Soleimani was “fully justified” under that provision. Congress has failed to repeal the 2002 AUMF under both Republican and Democratic presidents.

The White House has asserted that the president had — and still has — all the authority he needs.

“Did President Obama go (to Congress) when he took out Osama bin Laden? No,” counselor to the president Kellyanne Conway told reporters at the White House Monday morning. “And I’m fine with that by the way. I think that’s fine. I think that a commander-in-chief has very broad powers to act when he feels that America and American interests and Americans themselves are being threatened. So, I think that was fine when Osama bin Laden was captured and killed, I think it’s fine when Soleimani is killed.”

But an older law exists to check the president’s authority in potential times of war. In 1973, in response to the U.S. involvement in the Vietnam War, Congress passed the War Powers Resolution to check the president’s power to enter armed conflict without Congress’ consent. The joint resolution of Congress was enacted over the veto of then-President Richard Nixon, and requires the president to report to Congress any entrance of U.S. troops into hostile circumstances. Once such a report is submitted, the use of U.S. forces must be terminated within 60 to 90 days, unless Congress specifically grants an extension.

The law requires the president in “every possible instance” to consult with Congress ahead of the introduction of any military forces and throughout their involvement. Specifically, the president is supposed to describe in a report to the speaker of the House and president of the Senate the circumstances necessitating the military forces, the constitutional and legislative authority for the forces, and the estimated scope and time of the involvement.

In the meantime, as far as President Trump is concerned, Congress should consider itself notified of U.S. military action by his Twitter feed.

Major Garrett contributed to this report. 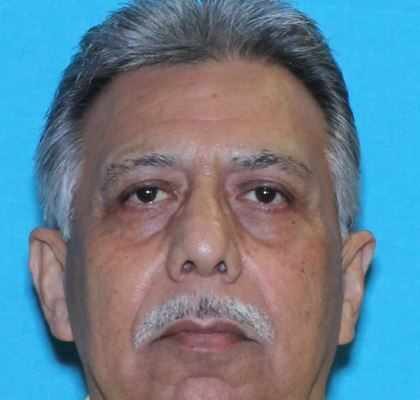