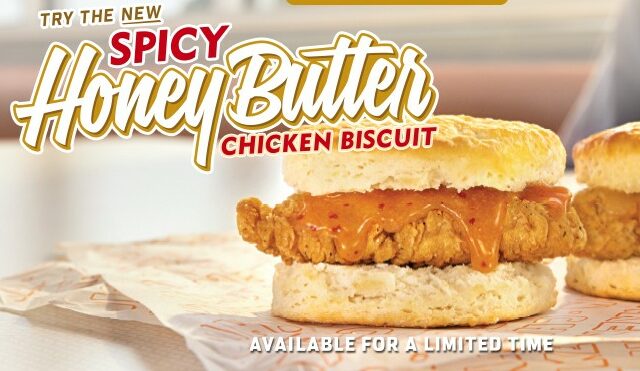 SAN ANTONIO (KTSA News) — Whataburger is making some additions to the menu.

The San Antonio-based fast-food chain announced that guests can spice up their breakfast with the Spicy Honey Butter Chicken Biscuit for a limited time.

“Adding a little spice to our famous honey butter balances the sweetness and creates an exciting new flavor,” Whataburger Senior Vice President and Chief Marketing Officer Rich Scheffler said. “Our late night and breakfast customers are in for a treat.”

The company also announced the highly anticipated return of the Dr. Pepper milkshake, also for a limited time.

“When pharmacist Charles Alderton invented Dr Pepper in Waco, Texas, nearly 150 years ago, he probably never imagined his creation would be enjoyed by millions of people around the world – much less that it would become a fan-favorite shake flavor at Whataburger,” the company said in a press release. “We, however, can see that it was destined to be!”