What’s next for the NCAA and college athletes after the SCOTUS ruling? 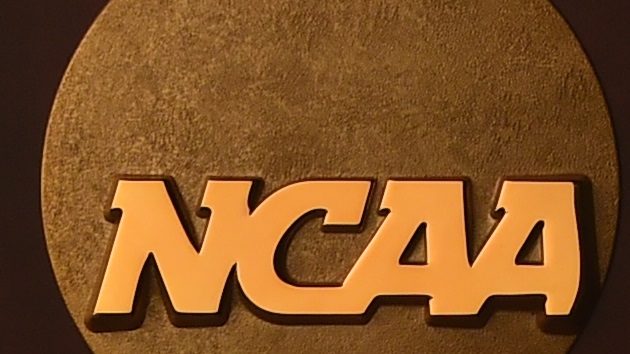 (NEW YORK) – The Supreme Court last week ruled that the cap on a narrow list of education-related benefits for college athletes violated antitrust laws. In a unanimous decision, the Court upheld a lower court ruling that favored college athletes, who have long argued the million dollar salaries of coaches and league commissioners are unfair when compared to compensation for players. Compensation for collegiate athletes was limited to tuition, room and board, and a five thousand dollar cap on educational gifts and benefits from the school.

“To be sure, the NCAA and its member colleges maintain important traditions that have become part of the fabric of America. But those traditions alone cannot justify the NCAA’s decision to build a massive money-raising enterprise on the backs of student athletes who are not fairly compensated. Nowhere else in America can businesses get away with agreeing not to pay their workers a fair market rate on the theory that their product is defined by not paying their workers a fair market rate. …The NCAA is not above the law.”

ESPN college basketball analyst Jay Bilas is a practicing attorney and starred on Duke University’s men’s basketball team from 1982-86. He also served as an assistant coach with the school. He spoke with Eric Mollo on ABC’s Perspective podcast about the Supreme Court’s unanimous decision. The following has been lightly edited for length and clarity.

I think it’s the biggest court ruling [against the NCAA] and certainly the biggest development since the Oklahoma Board of Regents case in 1984, the last time that the Supreme Court called the NCAA an antitrust violator. But that was when the school sued the NCAA so that they could be on television when they wanted. That’s when the money really exploded in college sports even more than it was before, but the athlete remained the same. So while it’s been discussed for over 100 years–whether amateurism was fair–the courts seemingly had blessed it through that Board of Regents case.

And in this Alston case, again, the highest court in the land called and ruled that the NCAA was an antitrust violator, but this time it was over players.

Did it feel like the NCAA got cornered here? You can run through the excuses that the NCAA has made over the years, and then ultimately you get to the Supreme Court. And, yes, it’s a narrow ruling, but it’s overwhelmingly ruled in favor of the athlete and against the NCAA.

The real screw up by the NCAA here was appealing this case and taking it to the Supreme Court because the lower court ruling in the 9th Circuit was very good for the NCAA. It wasn’t perfect. It said, ‘Hey, you may have to give laptops and all that stuff, if you want to.’ But they could prohibit pay to players and they could prohibit name, image, and likeness pay to players. But that wasn’t good enough.

I mean, that was about as stunning a rebuke as you can get from nine people wearing robes, and it signaled that if there are more challenges, those challenges are likely to be successful. And that signal was sent to every lower court in the land.

Is it just gaining significance now because of the amount of income [being generated], or has there always been a feeling from players, ‘ deserve to be making some of this money?’ That is, beyond the scholarship argument.

The argument that athletes get scholarships and therefore they’re compensated is a rationalization and nothing more because students who are non-athletes get more scholarships than athletes, and they’re not limited in what they can earn or accept, and it’s not referred to as pay.

When I was a player, did I think it was unfair that we as players were limited to a scholarship only and we couldn’t take a free meal from someone, or do a commercial? Did I think that was unfair? Damn right I did.

We seem to operate in a mindset that this multi-billion dollar enterprise teeters upon the athlete remaining unpaid. I don’t believe that’s true. I don’t know any reasonable economist that believes that’s true, and no one has stood up in court under oath and said that’s true.

I wonder if one of the fears may be losing leverage over certain populations that they [the NCAA] feel they have such control over. Does it go along racial lines as well?

Well, it’s pretty clear it does go along racial lines. Now, whether the motivation is to maintain control over certain segments of the population, I can’t speak to that and I don’t have any information that would suggest that. What I do know is they want control over green, which is every dollar.

The NCAA and the member institutions view pay to players as a zero sum game. No other student is told what they can earn or accept in the marketplace while they’re in school. Only an athlete is. And oddly enough, those athletes are being sold while they’re being told that.

Where do we go from here? Where does the NCAA go? Where do the players go?  What do you see as the fallout from this?

Well, I think the next step is going to be that we’re going to see a number of lawsuits, a couple of which are already in the pipeline, regarding name, image, likeness… you’ll see it on athlete compensation. And I think the players will be successful.

The NCAA will put the brakes on their name, image, and likeness legislation and do nothing because they will be afraid that anything they do will be too restrictive and will therefore put them in jeopardy of further antitrust violations. They’ll go to Congress on both knees and say,
‘Please bail us out of this horrible mess we’ve made for ourselves as a serial antitrust violator.’

They will ask Congress for an antitrust exemption so they can continue to violate antitrust law with Congress’s blessing. I don’t think that will be successful, but that’s what they’re going to try, and they’re going to ask for a law that would limit what athletes can do and preempt all these differing state laws that they seem so afraid of. We’re not long off now from players being allowed far more than a scholarship. Becoming employees and being paid by the university may be a little bit further off. But they’ll be doing commercials in no time and making real money for their name, image, and likeness. And not one fan is going to turn away because of it.

Listen to the interview from Perspective here.