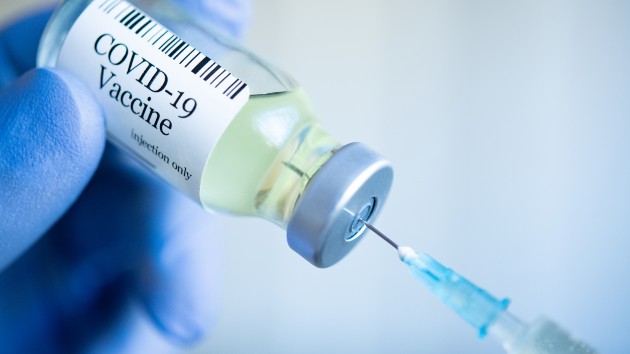 (NEW YORK) — When 28 residents in two Rochester, New York, nursing homes tested positive for COVID-19 last month, officials there saw the unexpected outbreak as a stark reminder of the potency of the coronavirus vaccine.

While much of the country was lining up for shots, by early May, fewer than 45% of the staff across Rochester Regional Health’s skilled nursing facilities was fully vaccinated.

Dr. Robert Mayo, chief medical officer of Rochester Regional Health, which operates six senior living facilities in upstate New York, said the outbreaks showed not just the power of the vaccine, but also the risk of forgoing it.

“It’s an important message that we need to keep sharing, that the vaccine is working, and it’s working among the most vulnerable patients,” said Mayo, who noted that none of the vaccinated residents had symptoms.

Although COVID-19 cases and deaths in nursing homes have decreased dramatically in the months since residents and staff were prioritized for vaccination, nationwide vaccination rates among nursing home staff are lagging — and experts are concerned that’s contributed to dozens of recent outbreaks in long-term care facilities.

After an unvaccinated health care worker at a Kentucky nursing home tested positive for the virus in March, 46 total cases were identified in the facility, including in 26 residents, according to a report from the Centers for Disease Control and Prevention. Three residents, one of whom was vaccinated, died of COVID-19, the CDC said.

A recent CDC analysis found it’s rare for people who are fully vaccinated to experience a “breakthrough” infection — and although there have been a small number of COVID-19 deaths reported among fully vaccinated people, those deaths have tended to be among the elderly.

Mayo said it can be difficult to precisely determine the source of an outbreak, and that “any visitor, any staff, any resident could potentially be the vector of infection.” Nevertheless, in its report on the Kentucky outbreak, the CDC said that “low acceptance of vaccination among [staff] might increase the likelihood of SARS-CoV-2 introduction and transmission within a facility,” and that vaccination among residents and staff is “critical to reduce the risk for SARS-CoV-2 introduction, transmission, and severe outcomes.”

In Los Angeles County, where over 80% of nursing home staff and residents are fully vaccinated, only 11 residents and staff tested positive for COVID-19 during the week of May 15 — a dramatic drop from the second and third weeks of December, when new cases among staff peaked at 2,300 and new cases among residents peaked at 1,338, the county health department said this week. Health officials attributed the drop to vaccination efforts among both residents and staff.

“Vaccines are the most important development of the pandemic for older adults and the people who care for them,” Katie Smith Sloan, president and CEO of LeadingAge, an association of nonprofit providers of aging services, told ABC News.

Yet since December, many providers have reported that staff vaccine rates have fallen behind that of residents. As a result, the federal government is now requiring long-term care facilities to report the vaccination status of both residents and staff members.

A Kaiser Family Foundation-Washington Post survey from April found that only about half of health care workers in nursing homes were vaccinated.

“Achieving high levels of vaccination rates is critical to keep vulnerable populations safe from COVID-19,” Sloan said. “Yet, for varied and valid reasons that are out of providers’ control, some residents, families and staff may not yet feel comfortable with vaccines.”

Across the country, many employers in high-risk industries have been wrestling with the question of mandating vaccines for their staffs. New guidance from the Equal Opportunity Commission says that employers can legally require COVID-19 vaccines to re-enter a physical workspace, as long as alternative arrangements are offered for those who are unable to get vaccinated due to medical or religious reasons.

But many advocates, including some in the long-term care industry, have pushed back against such a requirement, saying that it’s unethical to mandate a vaccine that hasn’t been granted full approval by the Food and Drug Administration. Instead, they have launched campaigns to encourage staffers to get vaccinated voluntarily.

Each of the three currently available vaccines — made by Pfizer-BioNTech, Moderna and Johnson & Johnson — has been granted emergency use authorization by the FDA in response to the pandemic. Moderna and Pfizer recently announced that they started the process of seeking full U.S. approval for their vaccine for people 16 and older.

The American Health Care Association and National Center for Assisted Living (AHCA/NCAL), which represents more than 14,000 nursing homes and long-term care facilities across the country, set a national goal to have 75% of staff vaccinated by June 30.

Dr. David Gifford, the chief medical officer of AHCA, said the organization launched the #GetVaccinated campaign in December to encourage all residents, families and staff members to consent to the vaccine and to provide credible information to help them make an informed decision.

“Every single caregiver has a unique perspective and reason for getting or not getting the vaccine, so we also want to give providers the tools they need to have direct conversations with employees and address their specific concerns head on,” Gifford said. “It is critical that we listen, seek to understand, and then thoughtfully dispel myths and provide the facts.”

Dr. Richard Feifer, chief medical officer of Genesis HealthCare, one of the largest nursing home providers in the country, told ABC News that their facilities have a communications and education initiative underway to encourage families and staff to get inoculated. According to Feifer, more than 60% of their staff and more than 75% of residents have been vaccinated so far.

“This is unquestionably the biggest vaccination effort ever undertaken and will help protect this vulnerable population,” said Feifer.

Dorit Reiss, a professor at the University of California Hastings College of the Law in San Francisco who is researching legal and policy issues related to vaccines, told ABC News that given the risks of the virus spreading in congregate settings like nursing homes and correctional facilities, it’s reasonable for employers to require employees to get the vaccine.

“People in nursing homes can’t just leave, and staff is the bridge to the community, and can bring in infection,” Reiss said. “Residents and their families deserve to have a safe environment, and if staff would not vaccinate willingly, it’s fair and ethical for employers to mandate it.”

Back at Rochester Regional Health, Mayo said leadership is reviewing a possible vaccine mandate among staff, but “no decisions have been made yet about that.”

Since last month’s outbreaks, the vaccination rates among staff across Rochester Regional Health’s skilled nursing facilities have increased, from 35%-45% back in early May to 45%-60% now, Mayo said.

But, he said, it’s “still not as high as we’d like it to be.” The goal is to have at least 80% of both residents and staff vaccinated, Mayo said.

Residents have already met that goal, he said.

Mayo thinks it’s reasonable to presume that the recent outbreaks have spurred inoculations, and said that hearing from vaccinated peers has encouraged some unvaccinated staffers to get the shot. To further help reach the target, the organization has been administering the vaccine to staff members on site, and has been facilitating conversations with unvaccinated employees “about what more the facility can do to encourage them to be vaccinated,” according to Mayo.

“That’s been an important and large effort,” Mayo said. “We continue to do our utmost to overcome any apprehensions or fears about vaccination.” 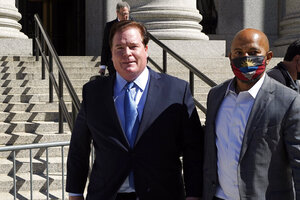