‘Who screwed up?’ asked a Texas lawmaker at hearing on power outages 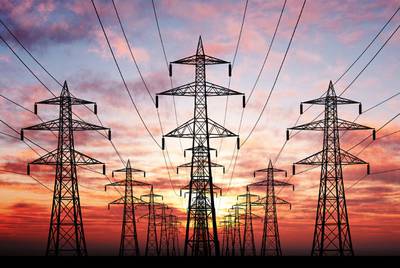 “Here’s the question I think most people want to ask you–who’s at fault? I don’t want to hear about systems,”said Hunter. “I want the public to know who screwed up. That’s what people want to know.”

Vistra Corp. CEO Curt Morgan tried to answer the question, but there was a back-and-forth as they talked over each other.

“I know you don’t like systems, but that’s too bad, that’s what it is,” Morgan said before Hunter interrupted, saying, “That sounds like a lawyer talking.”

Morgan replied,”I’m no lawyer.  I haven’t even talked to a lawyer.”

When pressed further about who’s responsible for the power outages that paralyzed the state and left people dead in the wake of the winter storm, Morgan replied,”You want to know who the people are?  I’ve said ERCOT (Electric Reliability Council of Texas).  You cannot say ERCOT without saying the PUC (Public Utility Commission) because the PUC has oversight.  There’s plenty of blame to go around.”

State Rep. Rafael Anchia aimed directly at the PUC, whose members are appointed by the governor.

Bill Magness, President and CEO of ERCOT, defended the rolling blackouts. He told a senate committee that the intentional outages prevented a  catastrophic blackout that would have damaged power plants and left Texans without power for a lot longer.

When Sen. John Whitmire of Houston asked if he would have done anything differently, Magness replied,”I wouldn’t.”

Whitmire told Magness,”What you did didn’t work.  I think that’s fair to say.”

Magness replied,”It worked from keeping us from going into a blackout that we’d still be in today.  That’s why we did it.  Now it didn’t work for people’s lives, but it worked to preserve the integrity of the system.”

There also was a fiery exchange between Whitmire and the chairman of the legislative committee conducting Thursday’s hearing.  Whitmire asked a meteorologist if we can expect more freezing temperatures like the winter storm last week because of climate change.

State Sen. Kelly  Hancock interrupted Whitmire and told him the hearing should focus on what happened last week and not go “chasing rabbits” in different directions with subjects like climate change.