Why are some Californians trying to recall Gov. Gavin Newsom and how does the process work? 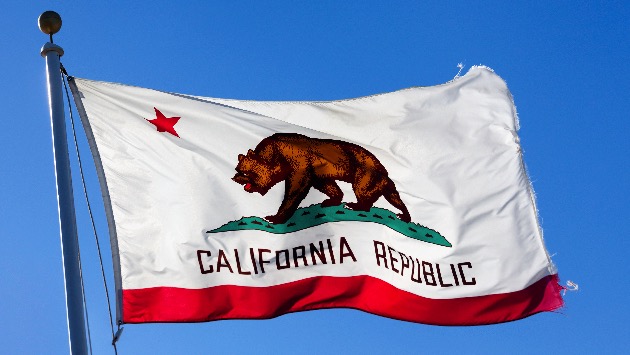 (NEW YORK) — In the effort to recall California Gov. Gavin Newsom, there are now enough verified signatures to trigger an election, likely giving voters the option to remove the governor from office and pick his replacement.

Organizers needed just short of 1.5 million verified signatures to trigger a statewide ballot. The state announced Monday evening it had already verified 1,626,042 signatures and that more were expected to be verified in the coming days.

The announcement triggered a 30-day period during which voters can remove their signatures from the list. But with the state having already verified more than 100,000 signatures over the necessary number, it means that many people would have to remove their names in order to avoid an election.

If there are still enough signatures after the 30-day period (as is expected), the state Department of Finance will then have an additional 30 days to assess the cost of the recall election. Then, another 30-day period will begin during which the Joint Legislative Budget Committee will be able to review the cost estimates.

Though organizers say they are nonpartisan, Republicans are rallying around the effort.

According to the California secretary of state’s office, this is the sixth official attempt to recall Newsom since he took office in 2019.

What is a recall and why is Newsom being targeted?

A recall is an action powered by voters who sign a petition in support of removing an elected official from office.

If organizers are able to maintain enough verified signatures — in this case just under 1.5 million — the measure goes to a statewide ballot. Voters will then be presented with a two-part question: do they want to recall Newsom, and who they would like to replace him with? Newsom recently signed a bill that would mail all voters a ballot for any elections in 2021.

Anyone can file to be a replacement candidate in a recall election, which often leads to a very crowded field.

Organizers in the effort to recall Newsom say government overreach has led to dissatisfaction with his leadership. They cite his executive order to phase out gasoline-powered cars by 2035 and rolling power outages to prevent wildfires, among other issues. They also cite a number of issues surrounding his handling of the coronavirus.

The first attempt to recall Newsom came two months after he took office and was filed alongside recall attempts taking aim at six other top Democratic officials, including the lieutenant governor, the secretary of state and the attorney general.

Newsom’s handling of the coronavirus pandemic appears to be the catalyst for the latest recall effort. Randy Economy, a senior adviser to the effort, told ABC News that voters are trying to take the government back.

“People really do want to take citizen government back in their hands and they don’t want the politicians to control every single aspect of their lives, every single minute of the day, even during a pandemic,” Economy said. “We’re going to fix it by getting him out of office.”

How many signatures are needed?

Organizers met their final collection deadline on March 17. Their final count was just over 2.1 million signatures. Now counties have until Thursday to sift through the signatures and verify them, but there are already enough signatures verified to prompt the election if those voters don’t remove their names en masse.

Recall expert Joshua Spivak told ABC News he doesn’t think organizers will have much difficulty making it to a ballot.

“Six million people voted for Donald Trump (in California),” Spivak said. “So with one-third of those 6 million signing this petition, forgetting Democrats, forgetting independents … there’s a good chance that will get on the ballot. That is not some crazy barrier.”

Who is behind the recall?

Organizers say they have raised just under $1 million in donations. Though organizers claim the effort is nonpartisan, records show contributions from the California Republican Party totaling at least $100,000. The Republican National Committee has financially supported the effort and the Republican Governor’s Association recently launched a political action committee to do the same.

As the signature verification rate climbed, Democrats in California and across the country launched a defensive, seeking to tie organizers and supporters of the effort to the far-right wings of the Republican Party and the QAnon conspiracy. They argue that removing a sitting governor as he tries to quell the coronavirus pandemic would be harmful to the state.

Stop the Republican Recall, the campaign against the effort, is primarily funded by the California Democratic Party and has recruited national party figures, like Sen. Elizabeth Warren and Stacey Abrams, to help fundraise.

Newsom publicly addressed the threat of a recall on ABC’s The View, saying it appeared organizers had the signatures needed to send the question to a ballot.

The state has until Thursday to verify signatures submitted on the remaining petitions. Experts predict the question could be on a ballot by September or October.

Who could run in the recall?

Democrats are putting up a united front of opposition to the recall and are not announcing bids for the seat. But some have reportedly quietly expressed interest in jumping in a potential governor’s race down the road.

Tom Steyer, one of the failed 2020 presidential candidates who spent millions on his own race, recently commissioned a poll on a number of issues, including the recall. His spokesperson told ABC News that he opposes the recall effort and has no intention of running should it get on the ballot.

Former San Diego Mayor Kevin Faulconer, a Republican, has already jumped into the race and is calling on voters to elect him for a “California Comeback.” Republican John Cox, who was the party’s nominee in the 2018 gubernatorial election, has also thrown his name in the ring, as has former Republican Rep. Doug Ose. Caitlyn Jenner also announced her intent to run in the race in late April.