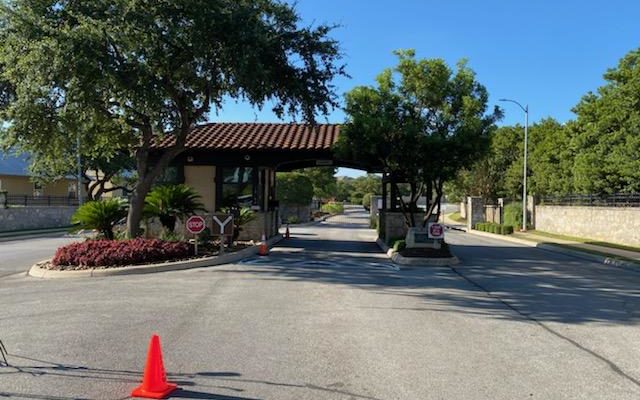 The gates outside a neighborhood in the Stone Oak area where San Antonio police are handling a hazmat situation. Photo: KTSA/Elizabeth Ruiz

Originally, police had suspected Harless killed his wife and his kids in a murder-suicide.

The initial incident caused concern in the city’s northside when police and fire crews were initially concerned that the house they lived in had been booby-trapped because of a cryptic note left behind as they investigated a noxious odor coming from the house off of Wilderness Oak.

The family was found dead in their SUV in the garage.

Police now say investigators believe the couple both planned the killings.  The cause of death was carbon monoxide poisoning.