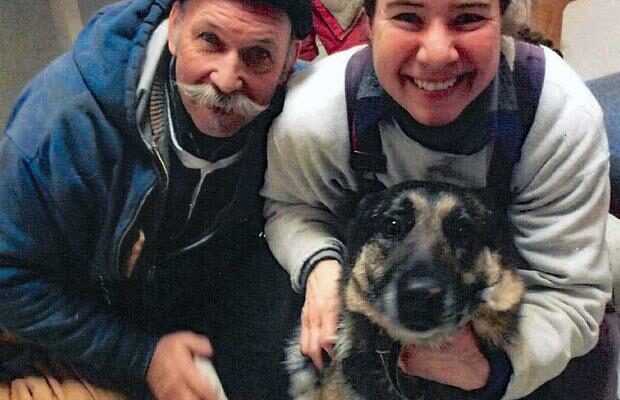 “She said the dog killed my son yesterday. A German Shepherd dog.”

Dani had said the family dog, Jazzy, attacked Ray, bit his throat and killed him. Betty requested a wellness check after not being able to get in touch with Ray directly. When authorities arrived at the Dillsboro property where Dani and Ray lived, neither Ray nor Jazzy could be seen.

Police questioned Dani and she told them a completely different story, that Ray wasn’t dead but out on the road working as a trucker. There was one large problem with that. The truck Ray drove was sitting in plain sight right there on the property. Sensing that something wasn’t quite right, police traced Ray’s cellphone location which wound up pinging on the property.

Dani then told police they could “search anywhere you want except for that box.” That box was a large metal toolbox sitting yards away from her front door.

What started out as a wellness check, would soon become something far worse.

Correspondent Peter Van Sant reports on the unusual case in an all-new 48 Hours “The Killing of Cowboy Ray Green” airing Saturday, April 24, at 10/9c on CBS.

This story began more than a dozen years prior in San Antonio, Texas, where Ray, a renowned horse breeder and trainer, met Dani, his client, and started a romantic relationship. The couple eloped and moved to Palm Beach, Florida, purchasing a 10-acre property in an upscale equestrian community. They had relocated to pursue Dani’s dream of competing in Olympic dressage.

Dani trained from sunup to sundown. When she wasn’t in the saddle, she and Ray discovered a fun and unusual hobby.

“Cowboy Action Shooting is a shooting discipline based on the guns of the Old West … the days of Wyatt Earp and Doc Holliday. We shoot guns, original or replicas. We dress for the most part in period-accurate clothing. It’s full competition, shooting still targets with lead bullets,” says Dawn Owen, a shooting event organizer who knew the couple.

Everyone gets an alias at the competitions. Dani went by Dani Oakley and Ray as Doc R Green.

Friends describe Dani as a skilled shooter with a drive to win. They say Ray was just there for the fun.

The high life came crashing down along with the stock market in 2008. Dani and Ray faced financial and personal hardship. They sold their large Florida property at a substantial loss. Both of Dani’s parents became terminally ill and she moved back to her Indiana family home in 2012 to take care of them. The following year, Ray joined Dani on the 300-acre property, a large portion of which Dani stood to inherit.

And it was on this property that authorities obtained a search warrant to open the toolbox. Inside was the body of Ray Green. It was later determined he’d been shot 10 times with the same kind of low-velocity bullets used in Cowboy Action Shooting. Dani was a skilled shooter. Jazzy couldn’t pull a trigger. Jazzy has never been found.