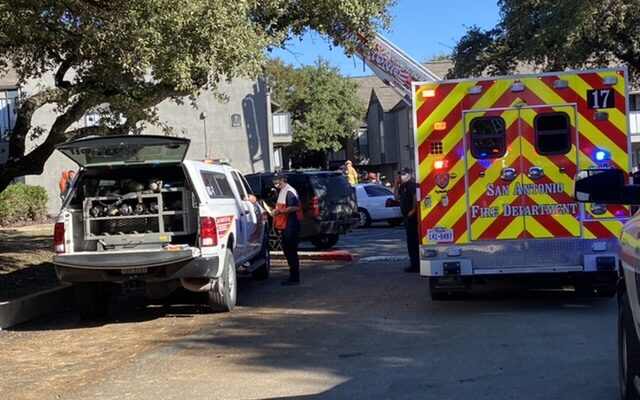 SAN ANTONIO (KTSA News) -A San Antonio family mourns the loss of a woman found dead with her dog at a Northeast Side apartment Thursday.

“She was a beautiful grandmother, a beautiful aunt,” said Elizondo, fighting back tears. “She was very joyful to be around and very kind and funny–just a beautiful soul.”

Elizondo says  Linda Palmer, lived at the Star Club Apartments on Starcrest with her sister, brother-in-law and their daughter.

“She had a fawn pug.  Her name was Summer, and she was the cutest puppy,” said Elizondo.

She said  Palmer and Summer were alone in the apartment when the fire started.

District Fire Chief Charles Hood says flames were shooting out from the ground floor apartment when the first crews arrived shortly after 9 a.m.

“There were flames that were shooting shooting out of all the windows, lapping up to the second floor,” said Hood.

He says they  tried to resuscitate the woman in her 60s, but were unable to revive her.

Firefighters managed to contain the two-alarm blaze to that apartment, but three others sustained smoke and water damage.  The American Red Cross was on the scene to help displaced residents.

The cause of the fire is under investigation.

SAN ANTONIO (KTSA News) – A woman and her dog were found dead in a fire at their Northeast Side apartment Thursday morning.

District Fire Chief Charles Hood says flames were shoting from the windows  when the first crews arrived at the Star Club Apartments on Starcrest near Loop 410. Nearly 30 crews responded to the 2-alarm blaze.

The investigation continues into the cause of the fire. No other injuries were reported.