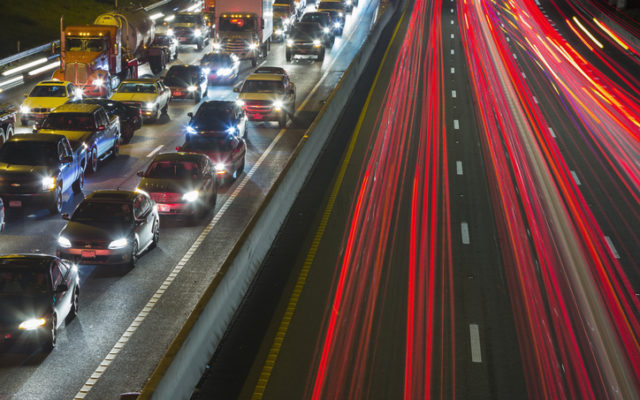 San Antonio police say the man they captured, 32-year-old Sacramento Martinez, had an active felony warrant out of Austin for his arrest.  He was arrested on that warrant.

BEXAR COUNTY, Tex. (KTSA News) — An Austin woman was found dead inside an SUV on the side of Interstate 35 in New Braunfels early Tuesday morning in a shooting likely connected to a truck crash and shooting near downtown San Antonio.

New Braunfels police say first responders from the police department, New Braunfels Fire Department, and the Comal County Sheriff’s Office responded to a report of a single vehicle crash near the Walmart distribution center at around 2:50 a.m.

At the scene, they found a black Ford Expedition parked on the shoulder of the highway.  Inside, a female passenger was found dead with a gunshot wound.

Another set of New Braunfels police officers were called to the TA travel center at the corner of Interstate 35 and Conrads Lane for a report of a shots fired.

Witnesses told police they heard gunshots being fired just before an 18-wheeler sped out of the truck stop parking lot.  Officers were not immediately able to find that truck or signs of a shooting.

About 45 minutes later, the truck crashed in the area of Austin Street and Casa Blanca near the Pearl.  Police say the truck was driving erratically on Interstate 35.  The truck driver fled the scene on foot.  A man was found shot to death inside the cab of the truck.  A suspect is in San Antonio police custody.

San Antonio police initially investigated that shooting death, but have turned that investigation over to New Braunfels police.  Police are currently ruling the woman’s death a homicide and continue to investigate.