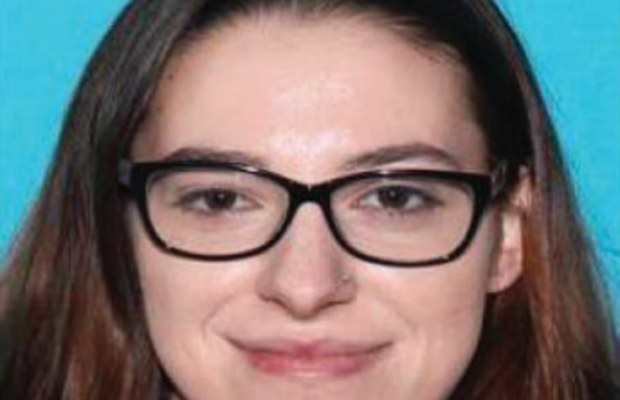 Riley Williams shown in her driver's license photo, which was included in court documents. Photo: FBI
▶ Watch Video: Anti-government militia group suspects charged in U.S Capitol attack
An alleged Capitol rioter accused by a former partner of stealing a laptop or hard drive from Nancy Pelosi’s office has surrendered to authorities, two sources confirmed to CBS News. The former partner of Riley Williams told authorities that she planned to give the device to a friend who would sell it to Russia’s foreign intelligence service, a claim that authorities are investigating but have not yet confirmed.

Williams’ former romantic partner called the FBI multiple times in the days following the riots to report that they had seen her in videos inside the Capitol, according to court documents. The partner, referred to as Witness 1, allegedly said friends of Williams had shown them a video of her taking a laptop computer or hard drive from Speaker Pelosi’s office during the riots.

The witness told the FBI that Williams “intended to send the computer device to a friend in Russia, who then planned to sell the device to SVR, Russia’s foreign intelligence service.” But the witness also said the plan “fell through for unknown reasons,” adding that Williams either still has the device or she destroyed it.

The complaint does not offer additional evidence to support the theft allegations, but says the claim “remains under investigation.”

According to court documents, Williams appears multiple times in footage of the assault on the Capitol, including by a staircase near Pelosi’s office. She is not currently facing any theft charges, and is instead accused of “Knowingly Entering or Remaining in any Restricted Building or Grounds Without Lawful Authority and Violent Entry and Disorderly Conduct on Capitol Grounds.”

Williams’ father told Harrisburg police that he and his daughter traveled together to Washington, D.C., to attend the protests, according to the documents. But he said the pair did not stay together during the day, according to the complaint.

On the same day, Williams’ mother told investigators her daughter had taken a recent interest in President Trump and “far right message boards,” the complaint said.

The Department of Justice confirmed on its website that Williams was arrested in Pennsylvania on Monday night.