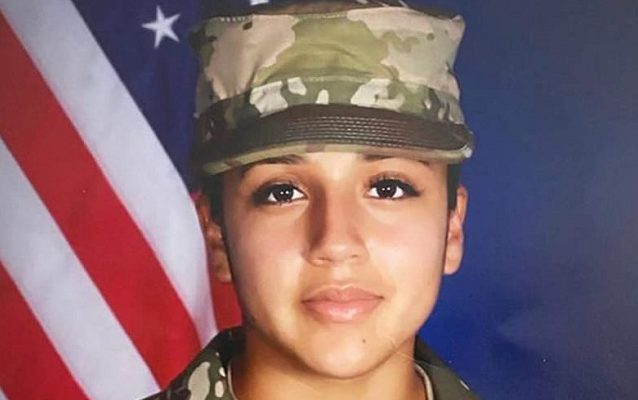 (Texas News Radio) — The woman accused of having a role in the disappearance of Fort Hood soldier Spc. Vanessa Guillen was indicted by a federal grand jury Tuesday.

Federal prosecutors say the indictment charges 22-year-old Cecily Aguilar with one count of conspiracy to tamper with evidence and two counts of tampering with evidence.

If convicted, Aguilar faces up to 20 years in federal prison for each count.

Prosecutors say U.S. Army Spc. Aaron Robinson told Aguilar that he killed a female soldier by striking her in the head with a hammer while at Fort Hood on April 22, 2020.  He later admitted to moving her body off the military base to a remote site in Bell County.

The indictment alleges that Aguilar worked with Robinson in mutilating the body and concealing evidence.

In court Tuesday, Aguilar’s counsel entered a not guilty plea.  Aguilar is being held until further notice.

Robinson killed himself as police approached him during their investigation.