Woman struck and killed by Mardi Gras float during parade 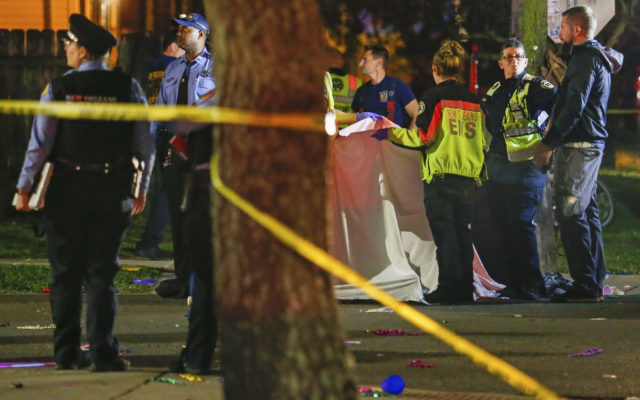 Emergency personnel work at the scene after a person was run over and killed by a float during The Mystic Krewe of Nyx Mardi Gras parade in New Orleans, Wednesday, Feb. 19, 2020. (AP Photo/Brett Duke)

NEW ORLEANS (AP) — A woman was struck and killed by a parade float in New Orleans as the city celebrated Mardi Gras.

The woman, who hasn’t been identified, appeared to have tried to cross in between a tandem float when she tripped over its hitch and was run over, witnesses told news outlets. A tandem float has two sections that are connected in the middle.

The death happened Wednesday night during the Krewe of Nyx parade. Mardi Gras is Feb. 25, but the Fat Tuesday celebration is preceded by a week or more of parades and parties each year.

“On such a joyous night, this is obviously a tragic occurrence,” Nyx Captain Julie Lea said in a statement. “On behalf of the entire Krewe of Nyx, along with the city of New Orleans, we offer our most sincere condolences to the family and friends of the individual involved.”

The accident involved float 21, New Orleans Police Superintendent Shaun Ferguson said at a news conference. The rest of the floats were not allowed to continue on the parade route and were diverted, he said.

The Mystic Krewe of Nyx is an all-female Carnival Krewe. It was “established to unite women of diverse backgrounds for fun, friendship, and the merriment of the Mardi Gras season,” according to its website.