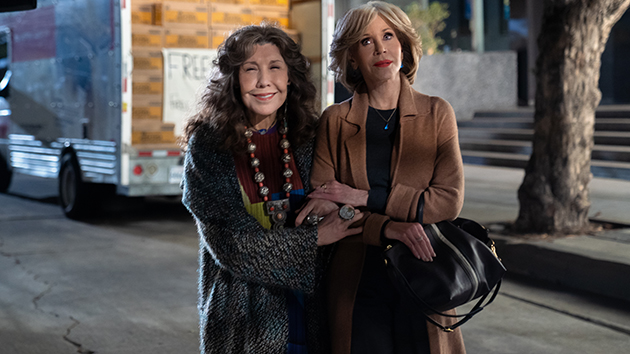 Grace and Frankie fans woke up to exciting news on Friday with the announcement that four new episodes from the final season are now available to stream on Netflix.

Series’ stars Jane Fonda and Lily Tomlin engage in their onscreen banter as the titular characters in a video message to fans, and after a back-and-forth exchange, Lily reveals that the first four episodes of season seven have dropped.

“We’ve missed you, but more important, you’ve missed us,” she quips, adding that if she’d had it her way, fans would’ve instead gotten gift cards to her character’s favorite restaurant, Del Taco.

“But don’t worry, there’s plenty more to come. We just wanted to give you something special until we finish the rest of the season,” Jane assures.

The remaining 12 episodes of the final season will be released in 2022.

Since its debut in 2015, Grace and Frankie has been nominated for multiple Emmy Awards and a Golden Globe Award. It’s also the longest-running original series in Netflix’s history.